A new opinion poll has found that 44 percent of people would vote to stay in the UK if a referendum were held tomorrow, with 43 percent saying they would vote to leave. Once ‘don’t know’ answers are removed, the two sides are deadlocked 50-50 on the constitutional question. It is a devastating setback for Ms Sturgeon after 22 consecutive polls showed a majority of Scots would vote for independence.

Our survey also found that most people now believe the SNP have been in power for “too long” after 14 years.

The fall in support for the Nationalist cause appears to be linked to the Scottish Government’s handling of the Salmond affair.

During a remarkable six-hour evidence session at Holyrood on Friday, the former first minister repeatedly said, under oath, that his successor had broken the ministerial code.

The Survation poll – carried out together with our sister paper the Sunday Mail – quizzed 1,011 adults in Scotland on Thursday and Friday.

It found that 50 percent of people think the First Minister should resign if she is found to have broken the rules, as Mr Salmond alleges.

Only 33 percent think she can continue in her post under those circumstances, with 17 percent unsure. 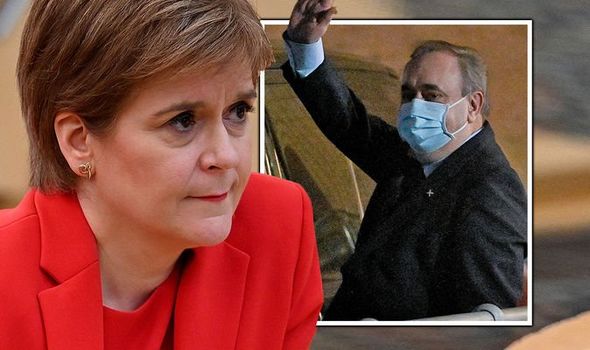 The poll also found 39 percent of people believe there has been a government cover-up in relation to its handling of sexual harassment claims against Mr Salmond.

This compares to 32 percent who believe there has not, with 30 percent unsure.

Even more convincingly, 44 percent of people believe handling of the harassment claims against Mr Salmond represents a failure of government.

People are less convinced by Mr Salmond’s claim there has been a plot to damage his reputation carried out by individuals in the SNP and the Scottish Government.

The final question in this part of the survey provides further evidence that public opinion is turning against the party. 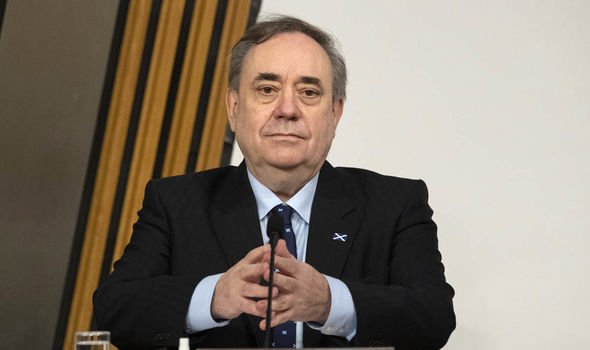 Forty three percent of people believe the SNP have been in government for too long, compared to 41 percent who say they have not and 16 percent who don’t know.

The Holyrood committee is looking into the botched investigation of the harassment complaints against Mr Salmond.

It was ruled to be “unlawful” and “tainted by apparent bias” following a judicial review at the High Court in Edinburgh, with Mr Salmond awarded £512,000 in costs.

He was later cleared of a number of sexual assault charges after a trial at the same court last year.

As well as the committee set up to probe the affair, Ms Sturgeon is also being investigated by James Hamilton QC, an independent adviser on the ministerial code.

She told MSPs that she first learned of the claims at a meeting in her home with Mr Salmond on April 2, 2018.

However, it later emerged she had been told four days earlier by his former chief of staff Geoff Aberdein, at a meeting in her office which she claimed to have forgotten. 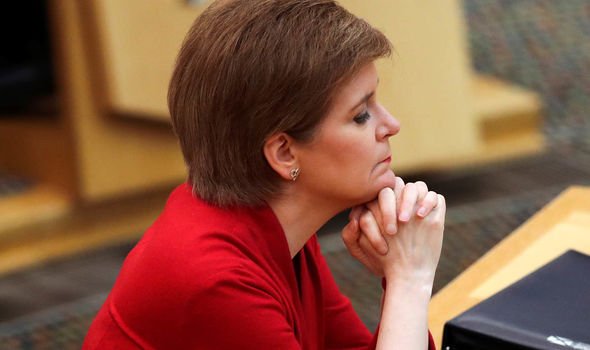 Mr Salmond said Ms Sturgeon was well aware of the complaints on March 29 – and therefore the meeting at her home should’ve been recorded as government business.

He also said that if she was given legal advice to say the government would lose the judicial review and pressed ahead regardless, that too would be a breach of the code.

The SNP administration has so far refused to reveal its advice, despite being ordered to do so twice by the Scottish Parliament.

Mr Salmond believes that Ms Sturgeon’s husband, the SNP chief executive Peter Murrell, and a number of other party and government figures were plotting to have him jailed.

He said the motivation for this was the belief that losing the judicial review could potentially bring down Ms Sturgeon. 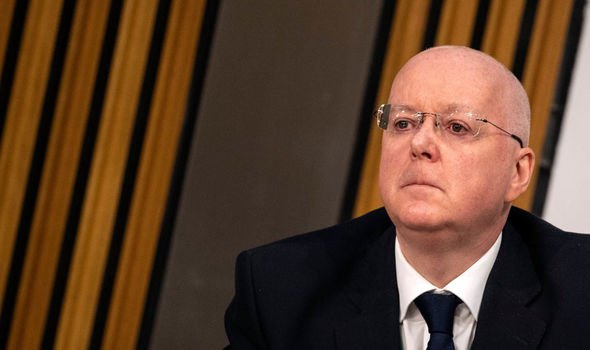 Ahead of his trial, he said he was shown text messages that involved ”pressuring police”, “collusion of witnesses” and “construction of evidence because police were felt to be inadequate in finding it themselves”.

Those messages are among swathes of evidence which cannot be released because of various court orders, which Mr Salmond believes to be further evidence of a cover-up.

He also said the committee has seen at least 40 documents that were not released by the Scottish Government ahead of his criminal or civil trial, which he described as “obstruction of justice”.

As well as calling for Mr Murrell to resign, he also said Permanent Secretary Leslie Evans, Scotland’s top civil servant, and Lord Advocate James Wolffe QC, the head of the Crown Office, should be “considering their position”.

He did not directly call for Ms Sturgeon’s resignation, saying it was up to others to decide her future. 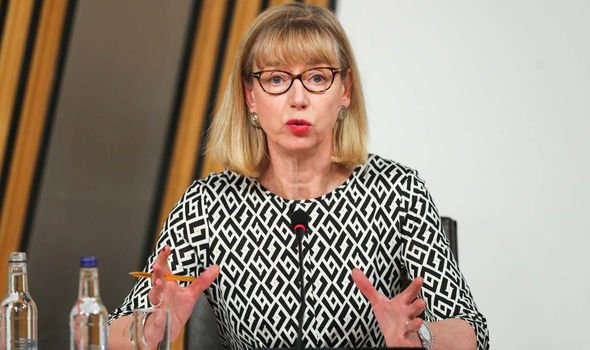 The First Minister’s spokesman said Mr Salmond had failed to prove his allegations in his evidence to the committee, and “also gave testimony which directly undermined some of the central planks of his conspiracy theories”.

Yesterday, the SNP’s Westminster leader Ian Blackford said he did not believe “under any circumstances, under any determination, that the First Minister has broken the ministerial code”.

But he also refused to say whether Ms Sturgeon should resign if she is found to have broken the rules, describing the question as “hypothetical”.

“Mud has been thrown around by political opponents over the course of the last few months,” he told BBC Radio 4’s Today programme.

“There is no evidence that has been brought forward that the First Minister has broken the ministerial code or indeed has engaged in any kind of conspiracy.”