Addressing the conference crowd in Liverpool, the Labour leader honoured the life of public service given by the late Queen. Sir Keir described Queen Elizabeth II as the “greatest monarch” and urged his colleagues to continue working hard on their political endeavours in her memory. While the speech was welcomed by the audience, some political commentators have noted the heavy praise of the Royal Family appears to mark a shift in the traditions of the Labour Party, especially in comparison to the period under the leadership of Jeremy Corbyn. It has been suggested that Keir Starmer has attempted to promote a more “patriotic tone” within his party as Labour steps into the three week recess for conference season. 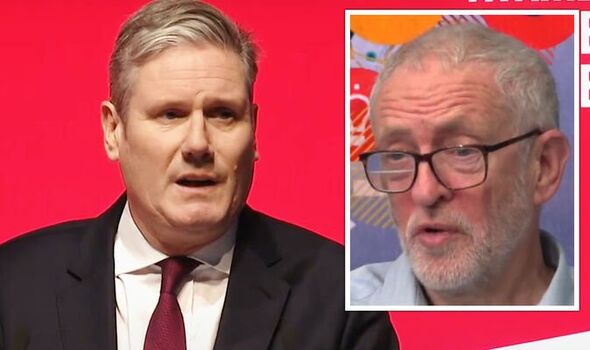 Sky News correspondent Rob Powell said: “It was a very patriotic opening to this conference, perhaps not surprising given the Queen’s death just a few weeks ago.

“It is probably a break from what we may have seen before and definitely a notable attempt by the leader’s office and by Keir Starmer to strike a more patriotic tone.”

Former long-serving Labour MP Mike Gapes said: “A moving tribute to Queen Elizabeth from Keir Starmer, followed by a minute of silence and singing of the National Anthem at the Labour Conference in Liverpool.

“Labour now clearly once again has a patriotic leadership which will work in the national interest. What a contrast to the Corbyn era.”