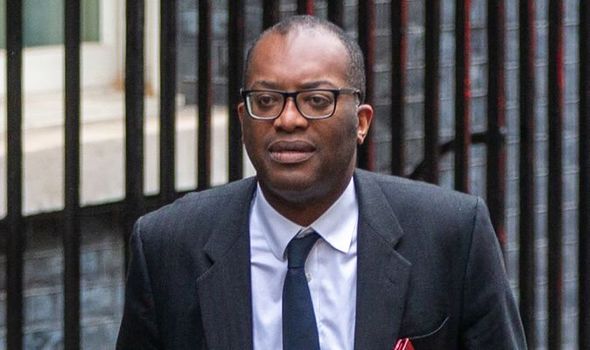 Stephen Fitzpatrick, chief executive of Ovo, urged ministers to do more to tackle the soaring costs for consumers.

Campaigners for older bill-payers last night backed his call for action from the Government as fears grew that more pensioners will be forced to make a bleak choice between paying for heating or eating this winter.

Mr Fitzpatrick spoke out ahead of a conference call which saw energy firm chiefs and officials from the industry regulator Ofgem hold discussions with Business Secretary Kwasi Kwarteng yesterday.

Their talks followed data from the Office of National Statistics showing that average household electricity bills were nearly 19 percent higher in October and November than during the same months last year.

Gas bills soared by an eye-watering 28 percent over the same period.

At the meeting, the energy firm bosses were understood to have pushed for tax cuts and a relaxation of green levies. While the call did not lead to any breakthrough, Cabinet minister Mr Kwarteng agreed to continue discussions on measures to overhaul the energy market.

Mr Fitzpatrick raised the alarm in an interview with the BBC yesterday, saying there had been “nowhere near enough urgency” from the Government, even as soaring wholesale costs threatened “an enormous crisis for 2022.

“We’ve seen this energy crisis unfold now for the last three months and we’ve watched as energy prices have spiked, fallen back and spiked again.

“We’ve had more than 30 bankruptcies in the sector, we’ve had millions of customers forced to change supplier.

“The cost to the consumer has already been more than £4billion. We haven’t seen any action from the Government or from the regulator.

“There’s an acceptance that there’s a problem, but nowhere near enough urgency to find a solution.”

Predicting that energy bills will double over the course of 2022, Mr Fitzpatrick continued: “I think expecting consumers to shoulder that kind of volatility without any kind of support from Government is just unrealistic.”

He pointed out that some European governments had intervened in energy markets to curb price rises. Mr Fitzpatrick said that it was important “we don’t waste any more time” before addressing the issue.

“It is a really good sign of just how urgent everything is that we’re meeting between Christmas and New Year to work this out.

“But we really have to take the opportunity.” The founder of Ovo in 2009 also suggested that ministers should think about “taking away some of the environmental social policy costs that we have seen increase over the years.

He added: “It may mean that we need some kind of price smoothing mechanism from the Government.”

She said: “If more bosses like him came out and said something we might get somewhere. It is about time ministers got off their backsides and did something about fuel bills.

“Ofgem is toothless. Only the Government can make a real difference.”

She added: “Too many pensioners are having to choose between putting on the heating or putting a can of soup on the cooker.”

Morgan Vine, the head of policy at the charity Independent Age, said yesterday: “For older people who have very limited – if any – ways to increase their income, any escalation in the cost of living can be extremely difficult to manage.”

She warned that the recent steep rise in inflation plus a lack of adequate financial support for older people would only make these worries worse, particularly for the nearly one million older households in England already living in fuel poverty:

“We know that living in a cold home negatively impacts older people’s health, ranging from cardiovascular and respiratory problems to depression, at an estimated cost to the NHS of £1.36billion a year.

“Cold homes also weaken people’s immune systems, which is increasingly worrying as Covid-19 continues to be a threat.” A spokeswoman for the trade organisation Energy UK yesterday warned that wholesale gas prices had shot up by more than 70 percent over the last couple of weeks.

She said several factors including severe cold weather snaps in some parts of the world and a fall in supplies from Russia were to blame: “Prices do have to reflect the cost of energy and so they will be going up. But there are things that the Government can do to help.

“It’s also important to remember this is happening against the backdrop of so many households already facing what you could describe as a cost of living crisis.

“Since the start of the year 26 energy companies have gone out of business; that’s left around four million households directly affected by those companies failing.” Labour MP Darren Jones, chairman of the Commons business, energy and industrial strategy committee said: “The Government needs to bring forward some short, medium and long-term answers to this structural problem that comes from being reliant on gas to heat our homes.”

He added: “We need to move as quickly as possible on to renewable sources predominantly with electricity if we’re going to be able to be resilient to these international fluctuations.

“In the short term, people will be seeing a very significant rise in their energy bills as we get into 2022 and it will continue to rise over the course of next year.

“And so there does need to be some short-term support which can only really come from the Chancellor.” Labour’s shadow chancellor Rachel Reeves urged the Government to announce immediately the removal of VAT from household heating bills over winter. She added: “We need a sustainable and ambitious approach to energy.”

A spokesman said: “We regularly engage with the energy industry and will continue to ensure that consumers are protected through the energy price cap, which is insulating millions from record global gas prices.”

Last night an energy industry source said: “There is a growing sense in the Government that they have to do something. The UK faces doubling or trebling of bills.

“The global cost of energy will be £20billion higher than a typical year. We need to spread it over a number of years. There’s no need for Government handouts, it’s just about spreading the cost.”

There are around 35,000 excess cold-related deaths reported each winter in England and Wales.

These issues can lead to strokes, heart attacks, hypothermia, dangerous falls from sore joints and increased symptoms of arthritis and influenza.

A major factor leading to excess deaths and illnesses is fuel poverty – something more than four million households face in Britain every year.

Those affected tend to have poor quality housing, low incomes and high energy bills, together with poor physical and mental health due to a continuous lack of warmth and nourishing food. The rise in fuel costs and inflation this winter will place even more worry on those impacted by fuel poverty.

By donating to your local community foundation, you will be supporting charities and volunteers in your area to provide warm meals, emergency warmer packs, food parcels, grants to pay bills, regular welfare checks, and many more vital services to help people this winter.

For more information go to: ukcommunityfoundations.org

If you have a low fixed income your winter energy bill is always one of your biggest outlays and a reason for anxiety. We hear from some older people, who receive paper bills, who take several days before they summon the courage to open the envelope to discover how much they owe.

That’s in an ordinary year – but 2021 is not ordinary. Not just because we are still living with the pandemic but also because energy prices have gone through the roof.

It’s a terrible combination, especially if you
need to watch the pennies, as many pensioners do.

To stay safe from the virus we know that many older people have reduced their exposure to others and spent more time at home.

Now that it’s winter, what do you do if most of your pension is already accounted for, leaving only a small amount to pay for heat?

Sometimes older people in this position keep the heating turned down, too low for their home ever to be really warm, or they heat just one room or switch it off altogether except for a couple of hours each day.

They wear multiple layers and stay in bed as much as they can. Other older people decide instead to prioritise heating their home but at the expense of other necessities including, shockingly, food.

It’s a joyless existence and being cold can put your health at risk. At Age UK we are worried that with energy prices so high, more older people than ever will be using strategies like these to avoid going into debt.

And energy prices are expected to go on rising, so things could get worse.

Surely it is completely unacceptable for any older person to be unable to afford to heat their home. That’s why we are calling on the Government to intervene urgently, to protect older people on low fixed incomes from the dangers of the cold.

There are lots of things ministers could do to help but they need to act fast. If they don’t I fear tragedies will occur behind some older people’s front doors – a disaster we can and must avoid. 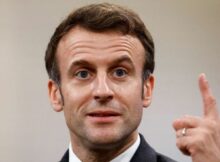