Brexit: Blackford urges EU to ‘leave light on’ for Scotland

SNP ministers have developed the “Steadfastly European, Scotland’s past, present and future strategy” which outlines how the Scottish Government will move forward with a second independence vote and rejoin the EU in an independent Scotland. But nationalist ministers were last night accused of “stoking division across Scotland” after the strategy was published yesterday.

The document says the Scottish Government “profoundly regrets” both the UK Government’s decision to leave the EU and the “terms on which that is happening.”

Edinburgh officials added in the document: “It is under no illusions as to the gravity of those choices – imposed on Scotland, not made by Scotland.”

However, they stressed the Scottish people had the “democratic right” to decide whether a better “future is as an independent country or country presently within the voluntary union of the UK.”

As an independent country, SNP led administration officials stressed Scotland “wishes to contribute to EU values as a member state.” 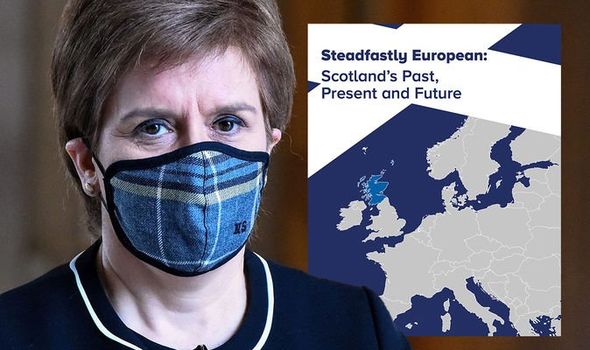 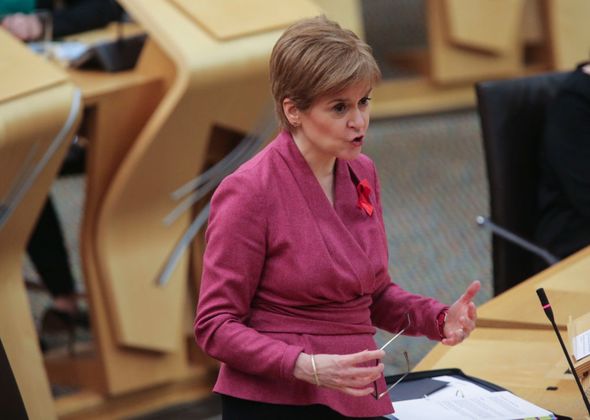 “Like the EU, the UK is a voluntary union of countries.

“That is a foundation upon which the UK constitutional order is constructed.”

The document, which has been signed off by Constitution Secretary Michael Russell, claimed that the UK “must not be deaf to the democratic wishes of its constituent nations.” 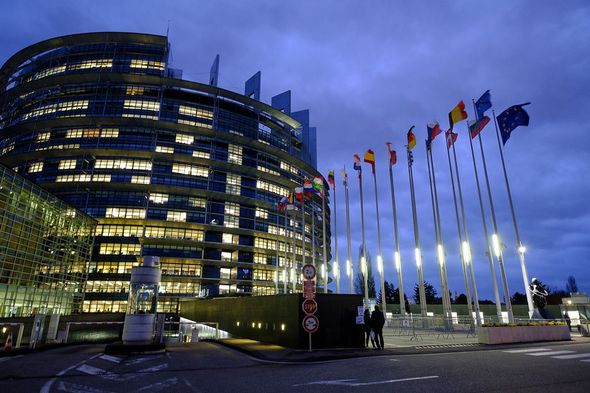 It made clear that future Scotland “faces today outside the EU is one that is fundamentally different to that promised by those who campaigned for a no vote in 2014.”

Last night, officials also admitted that staff in their Brussels office were in “daily contact” and having “informal discussions” with their EU counterparts amid increasing tensions over dealing with post-Brexit trade obligations.

“These are largely operational problems, and they result because—we repeatedly warned both Mr Eustice and Mr Gove about this—the imposition of a brand-new bureaucratic system was bound to lead to tears.” 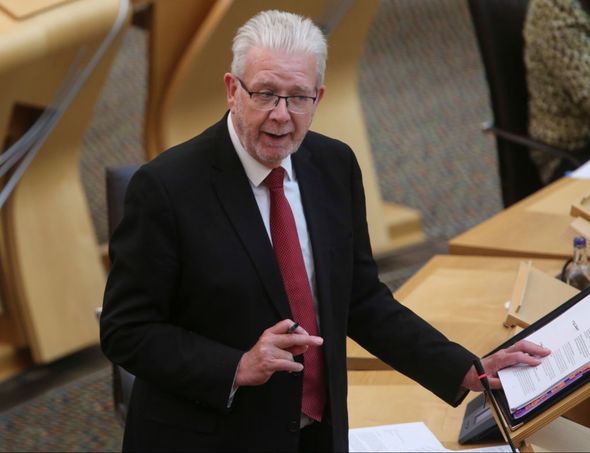 “Instead of civil servants spending extensive time producing documents on constitutional matters, we should all be focused on fighting the pandemic and rebuilding our communities.

“Language like this from the SNP Government only helps to stoke division across Scotland.”

In response, a UK Government spokesman said: “Now, more than ever, people in Scotland want to see the UK Government and devolved administration working together to protect lives and livelihoods.

“The United Kingdom is the most successful political and economic union the world has ever seen, and this pandemic and our collective response, from the furlough scheme to vaccine procurement and the backing of our military personnel, has shown that we are at our strongest when we work together towards a common goal.

“The Prime Minister remains fully committed to strengthening and levelling up all parts of the country by empowering local communities across the United Kingdom.”