The First Minister of Scotland submitted written evidence to Holyrood’s Harassment Complaints Committee which is examining the Scottish Government’s handling of harassment complaints against Alex Salmond. It comes after the SNP led Scottish Government paid out £500,000 to the former politician after they conceded a judicial review case brought by the former First Minister in January 2019.

Ms Sturgeon initially told Holyrood she first heard of complaints of sexual misconduct against her predecessor when they met at her home on April 2 2018.

It later emerged she had an informal meeting with Mr Salmond’s chief of staff, Geoff Aberdein, in her Holyrood office four days earlier.

Ms Sturgeon had told a Holyrood committee examining the Scottish Government’s botched handling of sexual harassment allegations against Mr Salmond she “forgot” about the encounter.

But the former SNP leader and First Minister of Scotland challenged Ms Sturgeon and claimed parliament “has been repeatedly misled on a number of occasions” about the meetings. 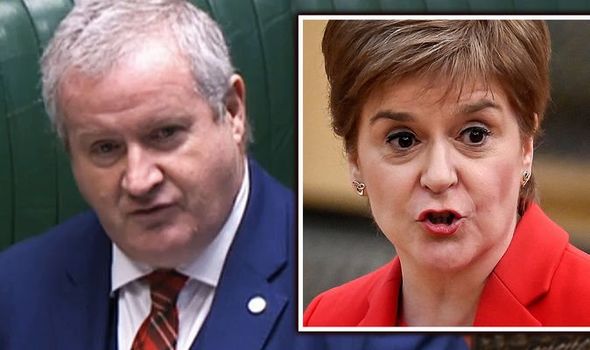 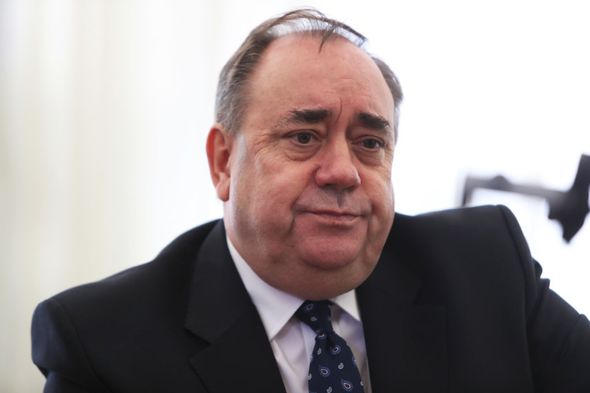 Mr Salmond also alleged in a submission to Holyrood seen by Express.co.uk she failed to tell civil servants about meetings with him and failed to heed legal advice which he claims breached Scottish Government ministerial guidelines.

SNP Westminster leader Ian Blackford strongly defended Ms Sturgeon but made clear a breach of the Ministerial Code should result in her standing down after six years as First Minister.

Speaking on BBC Radio Four’s Any Questions when asked about whether she would have to step down if Mr Salmond’s allegations are proven, he said: “Well, yeah.” 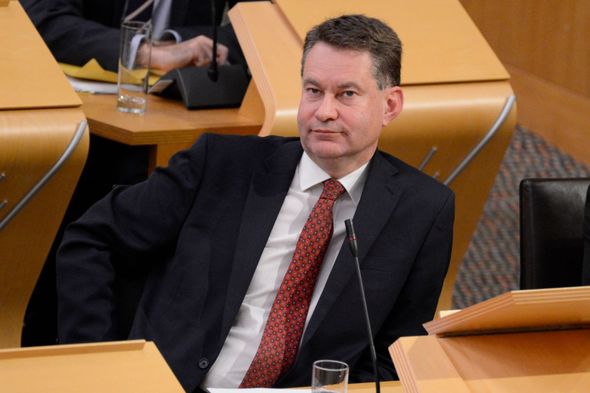 A senior SNP policy source told Express.co.uk: “Many people across the party seem confused and perplexed, it’s been a surprise to a lot of members since Mr Salmond came out with the allegations.

“If proven, the whole party dynamic could certainly change and could be at risk.”

At the same time, a group of cross party MSPs from the Scottish Tories, Labour and Lib Dems on the Scottish Government’s Harassment complaints have written to Deputy First Minister John Swinney calling for him to formally extend the remit of an independent inquiry into whether or not the First Minister breached the ministerial code. 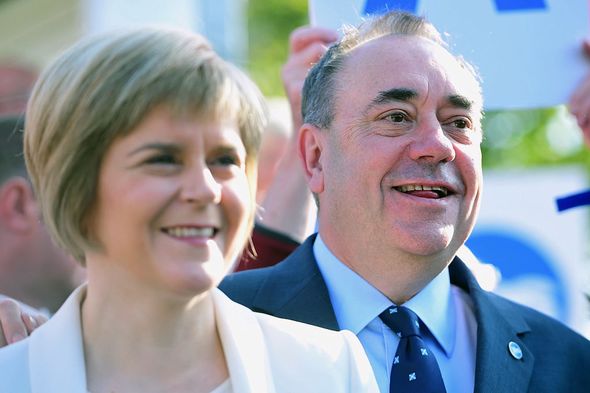 They have also written to James Hamilton QC, who is conducting the inquiry, asking him to clarify if the inquiry will be expanded as requested.

The letters, written to the Senior Government official and SNP politician, say: “If corroborated, Mr Salmond’s evidence could prove that the First Minister knowingly misled Parliament both orally and in writing on several occasions about when she first knew that the government was investigating complaints against the former first minister and of her actions around the same.

“Equally, Mr Salmond may be fabricating his assertions in an effort to damage Ms Sturgeon.

“In any case these two versions of events cannot both be true and we believe it to be of paramount importance to the national interest that the facts of the matter are established.” 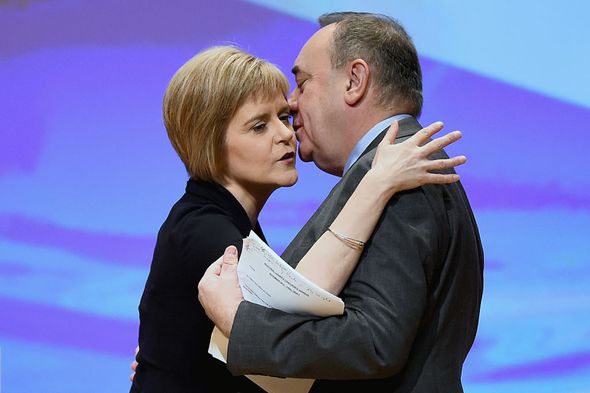 Challenged over her account at today’s COVID-19 briefing, Ms Sturgeon said: “I do not consider I misled Parliament but of course that is for others to judge.

Tory MSP Murdo Fraser, a member of the Scottish Government’s Harassment Complaints committee, said: “People are going to have a very hard time believing Nicola Sturgeon’s denial at her own briefing today with both evidence and witnesses mounting against her.

“To help get to the truth we must first expand the remit of the ministerial code investigation into Nicola Sturgeon’s behaviour around the harassment complaints against Mr Salmond including if she tried to influence the handling of the complaints.” 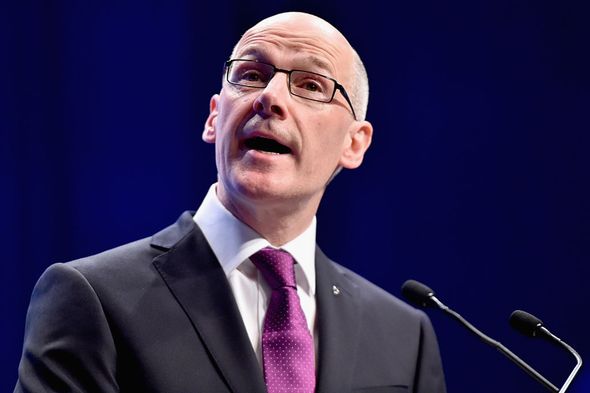 A Scottish Government spokeswoman said: “The Deputy First Minister already confirmed to Parliament in November, in response to a parliamentary question from one of the authors of this letter, that the James Hamilton inquiry could look at any aspect of a potential breach of the ministerial code.

“We will not prejudge that process.

“The First Minister stands by her written evidence to the Parliament and looks forward to answering questions when she appears later this month.”

In a statement, Mr Salmond said: “It is a matter for Mr Hamilton and committee members what they do with my evidence but I stand by the contents of the document and I am prepared to do so under oath in front of the committee.”