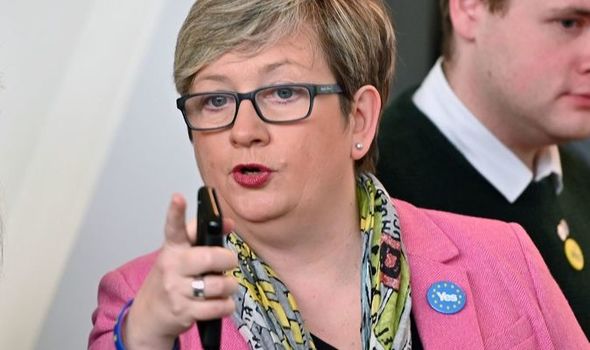 Ms Cherry was sacked as the party’s Westminster home affairs spokeswoman in a shake-up of the SNP’s top team yesterday.

The high profile party member was dropped from her position without even being mentioned in a party press release announcing the reshuffle.

A lawyer by trade, Ms Cherry is a close ally of Alex Salmond and has been a critic of Nicola Sturgeon’s leadership of the SNP.

After being sacked from her role, she tweeted to criticise the approach taken by the party on its push for independence.

She said: “Westminster is increasingly irrelevant to Scotland’s constitutional future and the SNP would do well to radically rethink our strategy.”

In a clear indication she will continue to criticise the party leadership now she has been relieved of her duties, this morning she publicly attacked the party’s former deputy leader at Westminster, Kirsty Blackman.

She accused SNP MP of actions to “rile up your base with lies and smears”.