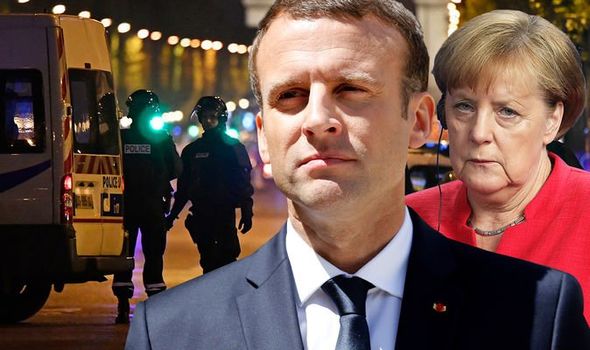 The Tactics Institute for Security and Counter Terrorism, report has shone a spotlight on how weapons manufactured in the Balkan states in southern Europe were used in both the Charlie Hebdo attack in Paris in 2012 and the major attack in the French capital in 2015 by Islamic fundamentalist terrorists.

According to the report the EU’s refusal to engage with Balkans has left a dangerous vacuum which has been filled by by Saudi Arabia, UAE, China and Russia, and allowed the arms trade to grow in the region.

The thinktank has claimed that this change in the relationship between the EU and Balkans can be seen in the manufacture and sale of arms in the region.

In 2017 the UAE emerged as the single most crucial contractor for the Serbian defence industry in terms of exports, with a net value of contracts worth $138 million for that year alone, while Saudi Arabia was in third place, with contracts worth an estimated $62 million.

The report’s authors, which include senior military analyst Brigadier-General Metodi Hadji-Janev, foreign policy expert Ivan Fischer, investigative journalist Vojkan Kostic and UK academic Thomas Charles, warn that many of these weapons end up in Libya, Yemen, Syria, Iraq, Eritrea and other conflict zones – before finding their way to organised criminal groups and terrorists operating across Europe in the reuse-recycle flow from the Balkans to Europe.

It has claimed that there is no single country in the Balkans that has not exported arms to Saudi Arabia and the UAE, which have then in turn been diverted to militias. 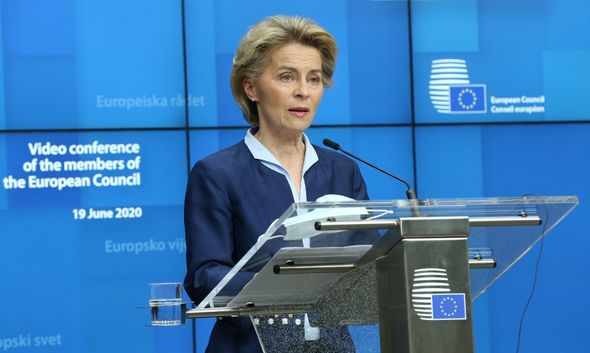 “According to a 2018 report by the South Eastern and Eastern Europe Clearinghouse for the Control of Small Arms and Light Weapons, the KSA is the biggest buyer of weapons in the Western Balkans.

“Following substantial indirect investment in Serbian arms manufacturing by the UAE, the country is the leading defence systems exporter in the region, followed by Bosnia, Albania, North Macedonia and Montenegro. And EU member states Bulgaria and Croatia are also major players in this burgeoning market.

“Bulgarian rifles exported to the UAE and Saudi Arabia have been diverted to Syria, Libya, Yemen and Sudan.

“A wider range of Croatian infantry weapons have been diverted from Saudi Arabia to Syrian anti-government militias, many of whom are listed as terrorist groups. Leaked documents of the Serbian state-owned arms manufacturer Krusik document the link between Saudi, Emirati, and US officials with arms supplies to ISIS-linked militias in Yemen.

“Albanian assault rifles and ammunition have ended up in the hands of the Haftar regime in Benghazi on flights cleared by the Emirati Air Force. Similar diversions have taken place for weapons intended for Egypt, Jordan, and Indonesia.”

Thomas Charles the Director of the Tactics Institute said: “EU isolationism, along with President Trump’s America First policy has thrown into reverse nearly 30 years of NATO/EU engagement and enlargement that followed the collapse of communism.

“Worryingly both the KSA and UAE are using this influence to divert weapons to conflict zones including Yemen and Syria, where they are engaged in a series of proxy wars with the aim of increasing their political and national influence in the MENA region (the Middle East and North Africa).

“It is highly likely that before long these weapons will return to the region into the hands of organised criminal gangs and terrorists who operate on our streets. This is why firm action needs to be taken to control and regulate this deadly trade of arms.”

Mr Charles concluded: “Even though the UK has left the EU if we are to tackle the appalling situation where arms from Europe’s hinterland are fuelling the worlds conflict zones, then we must work with the EU27 to regulate, monitor and take action against weapons manufacturers in the Balkans. More than this, we must collectively pressure Saudi Arabia and the UAE to end their clandestine supply of weapons to conflict zones, which are then used indiscriminately on combatants and innocent civilians alike.”