The assessment was the intelligence community’s most comprehensive look at foreign efforts to interfere in the election. 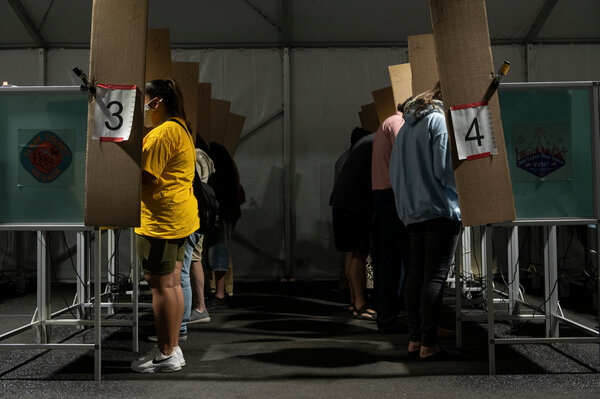 The report did not name those people but seemed to be a reference to the work of Mr. Trump’s former personal lawyer Rudolph W. Giuliani, who relentlessly pushed allegations of corruption about Mr. Biden and his family involving Ukraine.

“Russian state and proxy actors who all serve the Kremlin’s interests worked to affect U.S. public perceptions in a consistent manner,” the report said.

A companion report by the departments of Justice and Homeland Security also rejected false allegations promoted by Mr. Trump’s allies in the weeks after the election that Venezuela or other foreign countries defrauded the election.

The reports, compiled by career officials, amounted to a repudiation of Mr. Trump, his allies and some of his top administration officials. They categorically dismissed allegations of foreign-fed voter fraud, cast doubt on Republican accusations of Chinese intervention on behalf of Democrats and undermined the allegations that Mr. Trump and his allies spread about the Biden family’s work in Ukraine.