Jacob Rees-Mogg condemned left-wing activists for trying to erase Britain’s heritage in a scathing rebuke in the Commons. Speaking in the Commons this week, Mr Rees-Mogg singled out the “avalanche of miserable Britain-hating nonsense filling the airwaves”. He responded to a question from Tory MP Marco Longhi, who voiced concern that Britain’s history was being “woke-washed”.

This comes after Extinction Rebellion’s decision to hijack Remembrance Day services by protesting climate change at the Cenotaph memorial.

On Wednesday, the left-wing climate change activists prompted widespread outrage after they unveiled a banner reading ‘Honour Their Sacrifice, Climate Change Means War’ at the memorial on Whitehall.

Also this week, the National Trust came under fire after its decision to publish a 115-page report which highlights many of the buildings it looks after were built with colonial plunder proceeds. 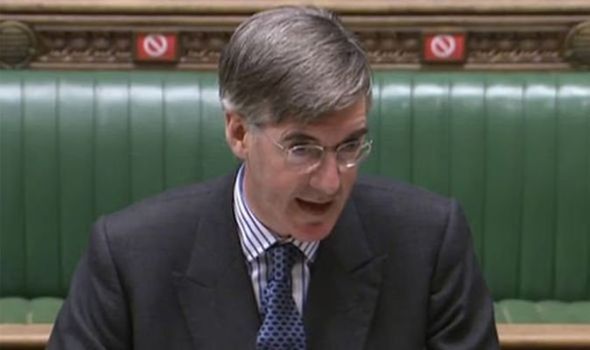 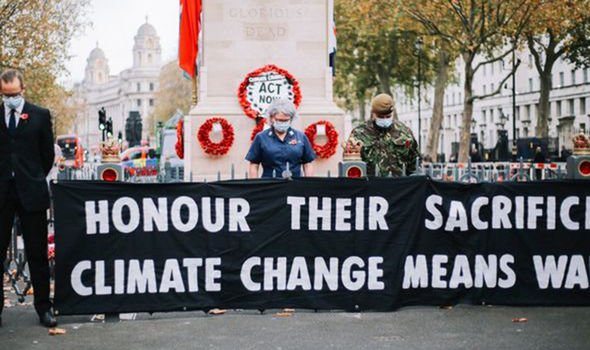 Mr Rees-Mogg told MPs concerned about the growing trend: “Woke-washing sounds extremely painful and I hope that we will be woke-dry-cleaned pretty quickly to get rid of the wokeness.

“I’m very grateful for his question because we have had an avalanche of miserable Britain-hating nonsense filling the airwaves in recent months about our history and our culture.

“You just have to look at Extinction Rebellion’s behaviour at the Cenotaph yesterday.

“Left-wing troublemakers are determined to ignore our history and smear our past heroes and not even show respect to those who gave their lives for our freedom. 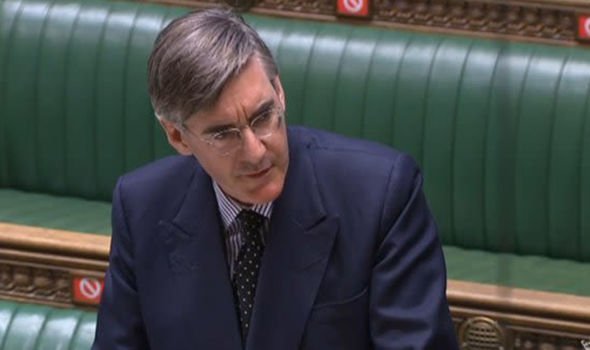 “Her Majesty’s Government is clear about our history and our culture.

“The United Kingdom of Great Britain and Northern Ireland is a fantastic nation with a first-class history.

“As my right honourable friend the Secretary of State for Culture said, ‘we should never bow to the activists who want to scrub our history bare and start from year zero. We must retain and explain all aspects of our noble island’s story for the benefit of future generations’.” 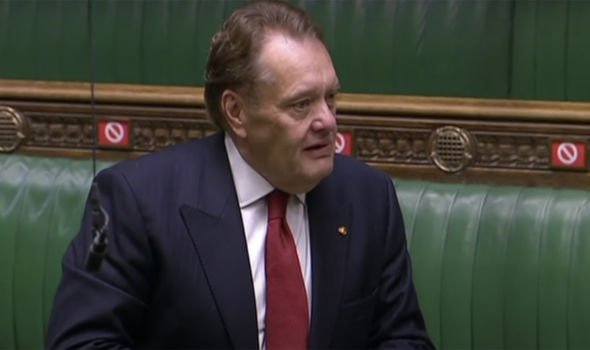 Earlier this week, Sir John Hayes, the chairman of the Common Sense group of 50 Tory MPs, also railed against heritage organisations, including the National Trust, for recent moves to contextualise historical figures in terms of their links to Britain’s colonial past.

He claimed the National Trust was run by an “out of touch, bourgeois elite” which “bears no relationship to the sentiments of the members”.

During business questions, Sir John said: “Britain’s heritage is under attack ironically from those missioned to be the guardians of it.”

Conservative MP Ben Bradley told Politics Live this week that the National Trust, which is a publicly funded institution, was trying to “rewrite history” with “anti-British rhetoric”.