Building Back Together will highlight the president’s coronavirus response and his economic plan and will contrast his measured approach to his bombastic predecessor’s. 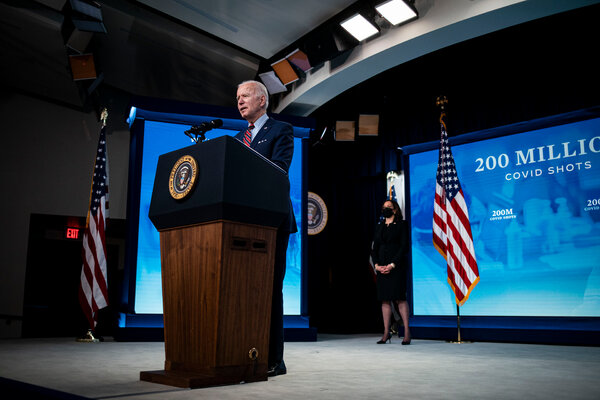 Building Back Together, a progressive organization run by Biden allies, will air minute-long television commercials next week in Pennsylvania, Nevada, Georgia and Wisconsin that highlight the president’s response to the coronavirus and his wide-ranging economic plans. The group is planning to spend over $3 million on a monthlong effort, including a shorter advertisement that will appear on digital platforms in the same four states and in North Carolina.

“You won’t hear him yelling or sending angry tweets, because for Joe Biden, actions speak louder,” says a narrator in the television commercial.