Prime Minister Jacinda Ardern will this afternoon unveil the next steps when it comes to the much-anticipated transtasman travel bubble.

Ardern and her Cabinet ministers have been locked in discussions for much of the afternoon deciding the next steps for the bubble with Australia.

Last week, the Herald reported Cabinet would discuss the issue today, with a view to mid to late April as a potential start date.

That came after Covid-19 Response Minister Chris Hipkins indicated a bubble would be at least three weeks away because airports and airlines would need time to set up the necessary systems.

And speaking to TVNZ this morning, Ardern confirmed that she would have an update about the bubble this afternoon.

“I have said that it is close – that we do expect to be in the position to open up the bubble soon.”

Ardern said the initial country-to-country negotiations had turned to state-by-state discussions as the earlier process had taken too long.

“We’ve had 12 gatherings of our officials, between the two countries, to work on a country-to-country arrangement.

“We’ve since said: ‘Look, let’s just move state by state because it’s actually just taking a bit too much work, a bit too difficult to get that country-to-country arrangement’.

“Let’s just operate as Australia has been operating with us. That’s helping to speed this up.”

Ardern and her Government have been under pressure from National and other industry players to open the bubble.

A petition, launched by National, asking the Government to commit to opening the transtasman bubble has received more than 42,000 signatures.

“Anything less than an announcement today on a hard-and-fast April start date for the transtasman bubble will be a let-down.”

He said the Government has had months to figure out the issues stopping progress and the time for excuses is over.

“Hard-working Kiwis have sacrificed so much throughout the Covid-19 pandemic. The Government owes it to them to finally deliver on this.”

The travel bubble won’t be the only issue Ardern will be pressed on this afternoon.

Tomorrow morning, the Government will outline the first of a number of housing-related announcements it will make, in a bid to help cool the overheated housing market.

Tomorrow’s announcement was meant to be in mid-February – but the Covid-19 community cases, and subsequent lockdowns, pushed the timing back.

The announcement will contain a demand-side measure, as well as a few supply-side

Ardern has been careful not to give away too much, but she is clearly mindful of the housing issue.

“I’m not going to ever say or concede that what’s happening in the housing market is okay; It is not,” she said last week.

“We don’t want to continue to see the exorbitant house price growth that we have seen across the country in the last few months.” 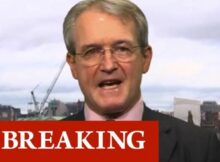