Tory MPs are demanding a rethink for the controversial rail project amid demands for investment in other sectors with fears of a collapse in the farming industry. Boris Johnson defied fierce opposition in his party to back HS2 in February despite fears that costs have already gone out of control. But the latest opponent to demand a rethink is former cabinet minister Esther McVey, the founder of the Blue Collar Conservative movement which won Mr Johnson the former Labour heartland seats in December’s election.

In her latest Blue Collar podcast, Ms McVey ran a series of interviews highlighting the problem of “internet poverty” in Britain and a change in working practice brought about by coronavirus where people are more likely to work from home in the long term.

She said: “The country has so moved on since coronavirus, it is time to put HS2 to bed and instead invest that £100 billion in high speed broadband infrastructure. Surely that’s the case?”

One of her guests, Neil Hollands, an IT consultant with his company Concert Networks, argued that money needs to be switched from HS2 to high speed broadband and said many areas in Britain suffer from “internet poverty.”

He said: “The experience people are having is a postcode lottery, which has always been the fundamental issue of internet connections in the last five to ten years.

“If you look at somewhere like Sweden, which is a bigger country with a much smaller population, but wherever you are you are going to get high speed internet connection and the UK is a million miles away from that.” 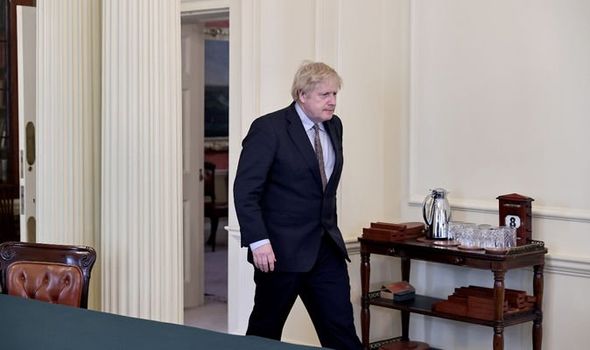 He went on: “It does seem there will be a sustained work from home and reduction in big head office space and therefore if we look at things like central Manchester the commute from Cheshire is looking more questionable.”

Meanwhile, another senior Tory backbencher Daniel Kawczynski has warned that without help the economies in rural areas and the farming industry are in danger of collapse.

He said that coronavirus had forced  a lot of farming produce to be dumped because of the loss of pubs and restaurants.

He wrote: “According to the Horticultural Trades Association, one in three businesses are likely to go insolvent this year, even with the current support being offered by the Government – and with more than one in ten warning they will be out of business by the end of June. Some plants may soon not be available from British growers for up to two years.”

Pointing to the government bailout grants and loans for the Retail and Hospitality Grant Scheme, he added: “It’s clear that we need an equivalent for the agricultural and horticultural sectors as soon as possible.”