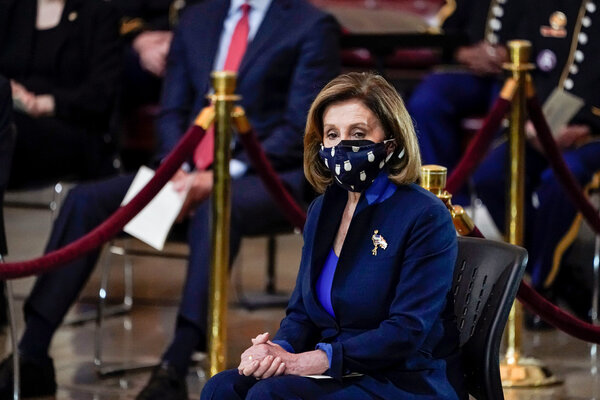 Speaker Nancy Pelosi on Tuesday invited President Biden to speak at a joint session of Congress.

Ms. Pelosi, a Democrat from California, said in the letter addressed to the White House that the invitation would allow Mr. Biden to talk about the “challenges and opportunities of this historic moment.” The address would be scheduled for April 28.

Presidents traditionally address a joint session of Congress, not an official State of the Union, in their inauguration year. The White House did not immediately publicly respond to Ms. Pelosi’s request.

Mr. Biden took office on Jan. 20 pledging to unite a divided America and begin to heal the social and economic devastation wrought by the spread of the coronavirus.

After signing a $1.9 trillion stimulus package last month, he is now trying to build support for his $2 trillion infrastructure plan that is intended to bolster the U.S. economy by funding the construction of everything from roads to high speed internet networks, while also addressing climate change and racial inequities.

But other challenges remain, including a surge of migrants arriving at the U.S.-Mexico border and the spread of dangerous new variants of the virus throughout the United States.

Ms. Pelosi said the invitation to speak to both chambers of Congress would be an opportunity for Mr. Biden to lay out his vision for the U.S. three months into office.

Earlier this month, Pelosi said that the coronavirus pandemic had forced officials, including medical personnel at the Capitol, to assess safety precautions for attendees before moving forward with the address.

“Nearly 100 days ago, when you took the oath of office, you pledged in a spirit of great hope that ‘Help Is On The Way,’” Ms. Pelosi wrote. “Now, because of your historic and transformative leadership, Help Is Here!”