On Thursday, Hungarian foreign minister Peter Szijjarto met with his Russian counterpart Sergey Lavrov in Moscow. The pair discussed the possibility of ensuring more gas supplies and finding a peaceful solution to the war in Ukraine.

Hungary already receives 3.5 billion cubic metres of gas per year via Bulgaria and Serbia thanks to a deal signed with Russian energy giant Gazprom last year.

Now Mr Lavrov is saying that Hungary has requested a further 700 million cubic metres of gas, something the Russian government is considering.

Speaking at a joint conference after the meeting, the Russian politician said: “Today our colleagues expressed the Hungarian government’s interest in a new purchase of natural gas this year. 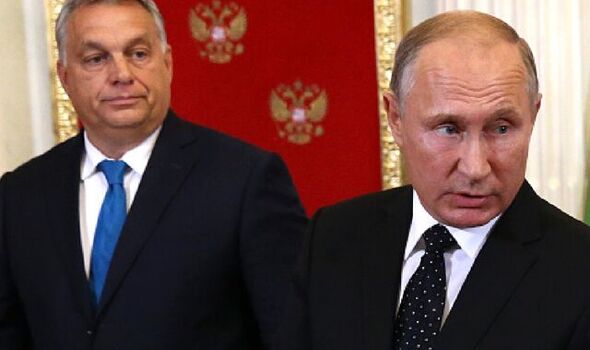 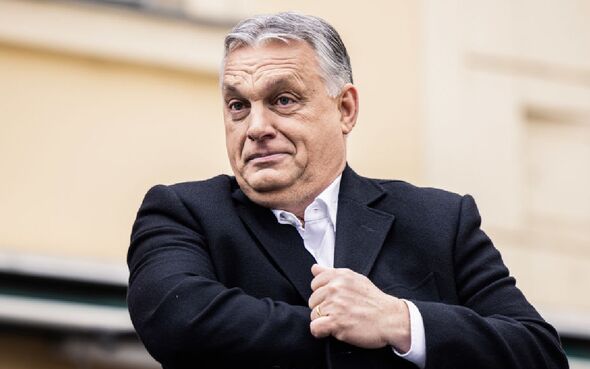 The amount represents around 6.7 percent of Hungary’s 2020 consumption of the fuel, according to data from the country’s natural-gas pipeline operator.

Gas supplies to Europe have tightened and fuel costs have soared since Russia’s invasion of Ukraine in February and Western sanctions imposed on Moscow in response, leaving countries scrambling to refill storage and find other supplies.

On Thursday, the Hungarian government announced it would scrap caps on gas and power prices for higher-usage households from August 1, which means many Hungarians will pay much more for the extra energy they consume.

The measures, flagged last week, will help the government plug holes in the budget after the price caps that have been in pace for almost a decade put an heavy burden on state finances as global energy prices have rocketed higher.

The price caps helped nationalist Prime Minister Viktor Orban secure re-election in 2014 and had been a key plank of his election campaign in April when he won a fourth consecutive term in office.

Under the decree, households will be eligible for the current capped power price on electricity usage up to 2,523 KWh per year, but will pay about double that for power consumed above that, although the government said that would still be below the market price.

For gas, the annual usage limit for price caps is 1,729 cubic metres per year, above which a price close to market prices applies, bringing a seven-fold increase in prices.

The war has added to pressure on Mr Orban, who is facing his toughest challenge since taking power in 2010, with inflation at a two-decade high, the forint currency near record lows and European Union funds on hold in a dispute over democratic standards.

Hungary has maintained what it calls pragmatic relations with Moscow since Russia’s invasion of Ukraine, creating tensions with some EU allies keen to take a tougher line. Hungary, which is about 85 percent dependent on Russian gas, firmly opposes the idea of any EU sanctions on Russian gas imports.

“Today the political situation is rather complicated, but we appreciate the position of the Hungarian government, which consistently defends its national interests. We are determined to further develop our relations, including in the energy sector,” Mr Novak told Mr Szijjarto, according to the statement.

Mr Szijjarto said on Monday that Hungary was in talks with Russia about redirecting all of its gas shipments under the long-term supply deal to the Turkstream pipeline that brings gas to Hungary via Serbia.

The ministers did not mention this topic at Thursday’s news conference.