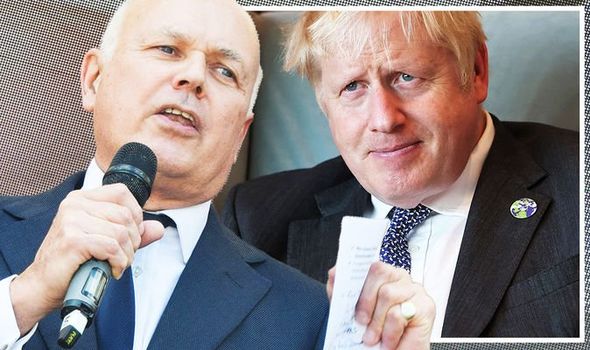 The report – entitled Spending It Better – points out that each year the Government signs off almost £300billion in private contracts.

That is more than twice the annual NHS budget and more than the total expenditure on social security.

But, the report adds, while Britain was in the EU it had to have an open competition for companies across Europe.

In one infamous case in 2013, Derby-based Bombardier missed out on the £1.4billion contract to build Thameslink trains.

German firm Siemens won the deal, leading to the loss of hundreds of jobs in the East Midlands.

With Brexit achieved, the CSJ argues the awarding of contracts can be focused on areas such as the former “Red Wall” seats where Mr Johnson has appointed Michael Gove to deliver his Levelling Up agenda.

Sir Iain said: “This new report makes it clear it is in the Government’s hands to ensure the hundreds of billions of pounds spent on procurement are directed towards helping British companies in Britain and ensuring those areas that most need investment receive it, rather than foreign-owned firms.”

The CSJ’s chief executive Andy Cook added: “By spending better, we can drive up jobs and opportunities in places where employment is currently low.

“If Brexit was about taking back control, we now have an opportunity to put that into action.”