If U.S. troops leave before any deal between the Taliban and the Afghan government, the militant group will take over much of the country, an intelligence assessment predicted. 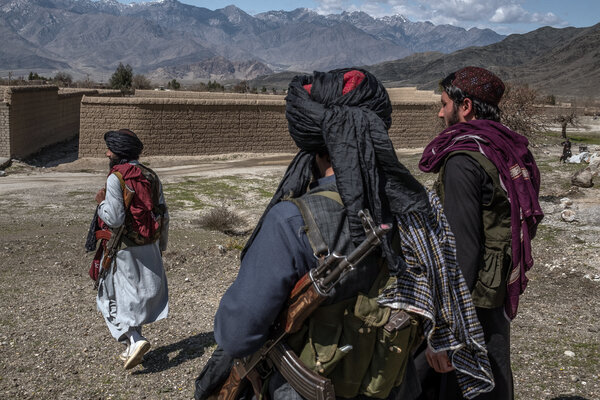 WASHINGTON — As President Biden signaled this week that he would let a May 1 deadline pass without withdrawing American troops from Afghanistan, some officials are using an intelligence assessment to argue for prolonging the military mission there.

American intelligence agencies have told the Biden administration that if U.S. troops leave before a power-sharing settlement is reached between the Taliban and the Afghan government, the country could fall largely under the control of the Taliban within two or three years after the withdrawal of international forces. That could potentially open the door for Al Qaeda to rebuild its strength within the country, according to American officials.

The classified assessment, first prepared last year for the Trump administration but not previously disclosed, is the latest in a series of grim predictions of Afghanistan’s future that intelligence analysts have delivered throughout the two-decade-long war.

But the intelligence has landed in a changed political environment. While President Donald J. Trump pushed for a withdrawal of all forces even before the terms of the peace deal required it, Mr. Biden has been more cautious, saying Thursday that he does not view May 1 as a deadline he must meet, although he also said he “could not picture” troops being in the country next year.

The decision looms as one of the most critical of Mr. Biden’s young presidency. He long argued while vice president for a minimal presence in Afghanistan, but has been said to have privately described as haunting the possibility of allowing the country to descend into collapse.

Some senior Biden administration officials have expressed skepticism of any intelligence prediction of a resurgence of a weakened Al Qaeda or of the Islamic State. Taliban commanders remain opposed to the Islamic State in Afghanistan, and Al Qaeda, which has little current presence in the country, could regroup instead in any number of other lawless regions around the world.

Also left unanswered by the intelligence warning is the question of whether Afghanistan could really prosper if American troops remain indefinitely. Their presence would most likely prevent a collapse of the nation’s own security forces and allow the government in Kabul, the Afghan capital, to retain control of its major cities, but the Taliban are still likely to gradually expand their power in other parts of the country, including curbing the rights of women.