Bishop John Keenan, vice president of the Bishops’ Conference of Scotland, said strict restrictions on Christmas gatherings run “the risk of destroying all hope”. Mr Keenan, who is also of Bishop of Paisley said: “No one wants a digital Christmas.

“Squashing false expectations is one thing, but no one wants to dampen people’s hopes.”

The bishop asked if there could be a 24-hour “circuit-breaker” ease to restrictions put in place on December 25, comparing it with the ceasefire on the Western Front during World War 1.

He said: “Perhaps we should consider a Christmas ‘circuit-breaker’.

“A 24-hour lifting of restrictions on gatherings and celebrations, a break in the war on Covid, just like the pause in the First World War on the Western Front in 1914, when the British and German troops laid down their guns and met in no man’s land to celebrate Christmas.” 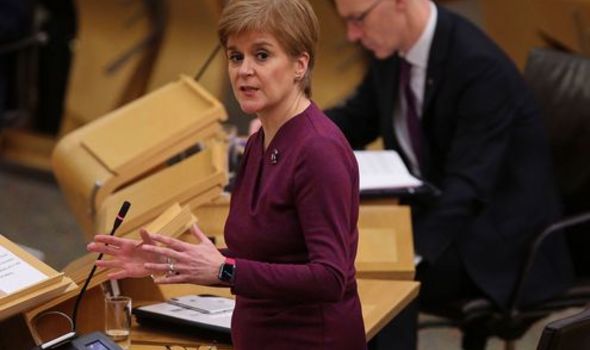 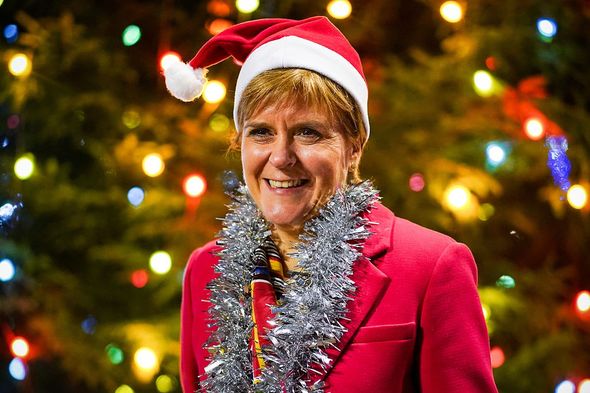 He added: “Couldn’t we allow for one day of normality in the midst of our relentless war against the virus?

“Think of the hope and happiness that would give. A moment of joy in the midst of so much despair.

The bishop also said “great care” would have to be taken to protect the vulnerable and the elderly, but raised the risk of “emptiness, loneliness and hopelessness at what should be the happiest time of year.”

He continued: “The effects of a depressed and isolated Christmas could be devastating for many, leaving an emotional and social legacy that no vaccine could cure. 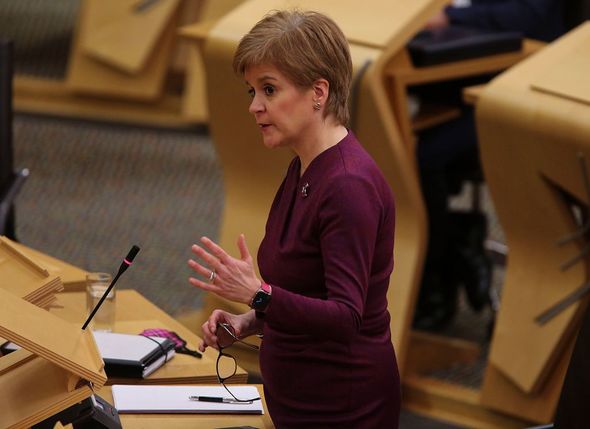 “Flattening the curve of infection rates has been a laudable goal of government policy this year. Rather than flatten the curve of hope, let’s lift our spirits with the prospect of a merry Christmas and happy new year.”

It comes after national clinical director Professor Jason Leitch said large family gatherings were unlikely to be held on the holiday due to the prevalence of coronavirus in Scotland.

Deputy First Minister John Swinney also said there is a “realistic possibility” that students could be asked to stay in halls or other university accommodation at Christmas but stressed the Scottish Government “want to avoid that at all possible cost”.

Speaking on the BBC Good Morning Scotland radio programme, Mr Swinney said the return of students at Christmas “without a doubt” depends on the coronavirus infection rate being reduced. 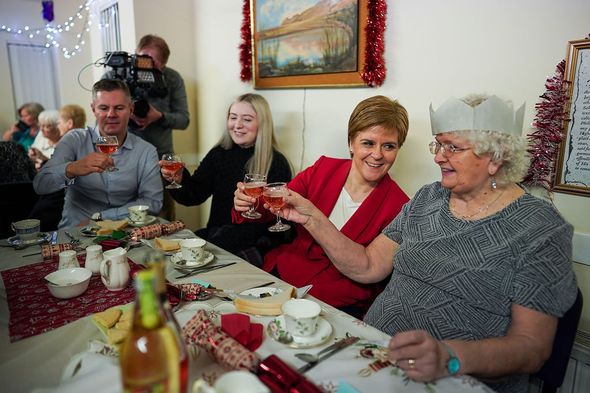 Asked if it meant students could be forced to remain in halls of residence, he said: “We want to avoid that at all possible cost because we want students to return home.”

Holyrood approved plans to bring in a five-tier system of restrictions last night which will come into force on Monday.

New levels implemented in Scotland run from 0 to 4, and under Level 4, restrictions will be much closer to the full lockdown seen at the end of March.

During a press briefing today, First Minister Nicola Sturgeon said the virus is a different kind of enemy when asked by Express.co.uk today if she would consider an exception to Scotland’s coronavirus restrictions at Christmas.

In response to the concerns, Ms Sturgeon said: “I can’t, unfortunately, get the virus on the phone or around the table and say can we have a ceasefire for Christmas.

“It’s a virus – it doesn’t work that way. So what I don’t want to be doing is standing here in January or February talking about ‘did we allow more deaths to happen’ because we didn’t put enough safeguards into the advice we gave people for Christmas.

“I think the next few months – because of what they involve – are going to be much more difficult than anything that’s gone on before now.”

Ms Sturgeon added the nation must find a way through the festive period with “as much normality as we can muster while recognising we are all going to be finding it difficult”.