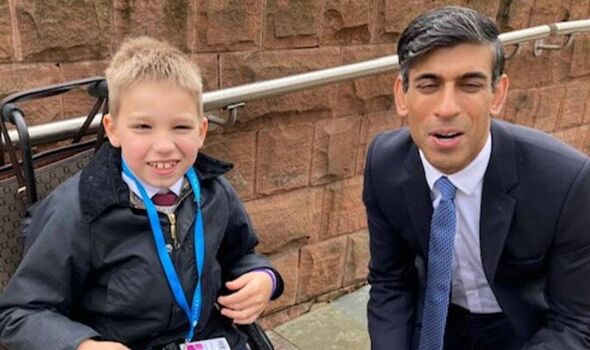 The move announced yesterday was being hailed by a charity as a major victory in the “Zach’s Law” campaign named after a victim of the online trolls. Campaigning MP Dean Russell said: “It has been an honour to work with Zach and his mum, the Epilepsy Society and Suzanne Webb MP to lobby for this important change in the law. The Minister’s confirmation during the Online Safety Bill Committee that the government has committed to changing the law is a huge achievement. Thank you to the Express for backing Zach’s Law and congratulations to Zach for his tireless positive energy. Zach is a true inspiration and is selflessly making a massive difference for so many people with epilepsy. What a hero!”

Zach Eagling, who also has epilepsy, was sent messages that trigger seizures while completing 130 laps of his garden without his walking frame in June.

He and his mum Claire Keer are campaigning for online abusers to be prosecuted.

Chris Philp, Minister for Tech and the Digital Economy, announced the move during the Commons committee stage of the Government’s Online Safety Bill yesterday.

He told MPs: “I can tell the committee and announce this now that the Government has decided to legislate to enact the Law Commission’s recommendations, so there will be a new, separate standalone offence that is specific to epilepsy for the very first time.” 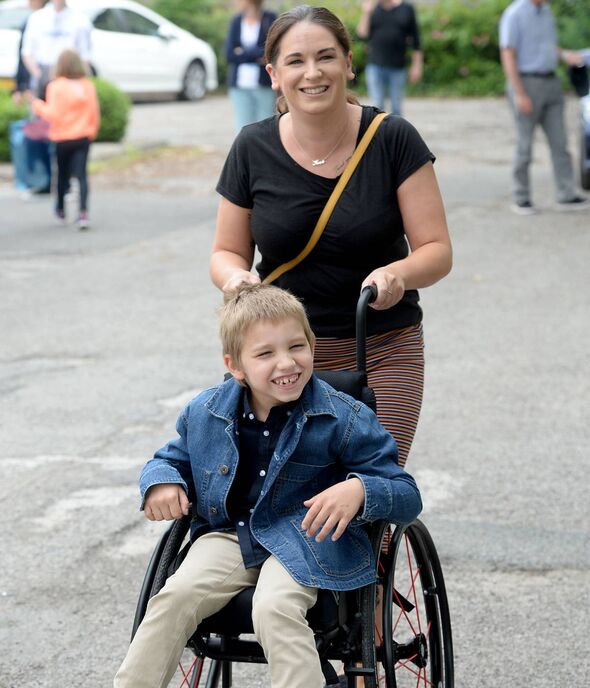 Mr Philip said the Government will confirm details of the legislation later in the parliamentary procedure of the Bill.

The Epilepsy Society has been campaigning for the law change for more than two years after trolls began a vicious and sustained attack, targeting people with epilepsy with flashing images designed to trigger seizures.

The charity’s call for Zach’s Law has been backed by MPs from all political parties and the Law Commission supported the idea.

Ms Leadbeater, who represents Batley and Spen, is the MP for 11-year-old Zach. She has urged the Government to amend the Bill to include physical as well as psychological harm.

Although her proposed amendment was turned down by minister, along with a similar amendment from Tory MP Paul Maynard, she welcomed the promise of future legislation from Mr Philp.

She said: “I believe this Bill was a perfect legislative vehicle to bring in Zach’s Law.

“But while I am disappointed that the government has refused this opportunity to change the law, I am glad that my amendment has led the Minister to make a firm commitment to act.

“I will be keeping up the pressure to ensure that Zach’s Law is brought in with the minimum possible delay.”

Zach’s mother Claire Keer, who has campaigned to shut down the trolls with new legislation, said: “I am so happy to hear that the Government have committed to enacting Zach’s Law in full.

“We have said all along that there must be a standalone offence and we were delighted that this has now been accepted by Ministers.

“Zach is my hero and always will be. I am delighted that at the age of 11, he is on the verge of changing the law. I ask the Government to draft this offence as a matter of urgency.”

Nicola Swanborough, Head of External Affairs at the Epilepsy Society reiterated the praise: “We were thrilled to hear the government give their unequivocal commitment to Zach’s Law.

“A huge thanks to Kim Leadbeater for holding the Government’s feet to the flames on this issue and ensuring that the voice of her constituent – 11-year-old Zach Eagling – was heard in Parliament.

“This offence will be a first in epilepsy and is a real win for everyone who has joined us on our Zach’s Law campaign, particularly the MPs who have given us their unfailing support. Most importantly, it will make social media a safer place for the 600,000 people with the condition in the UK.

“We now urge the government to enact this legislation without delay.”