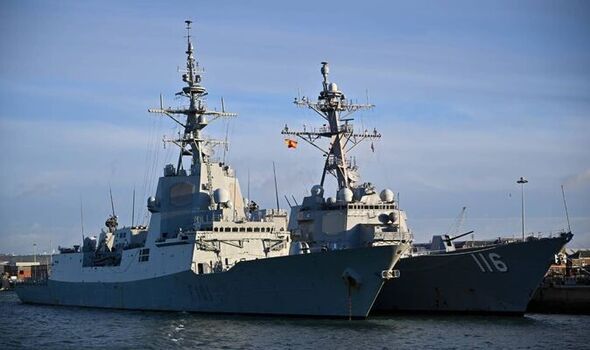 It follows the announcement that a business owned by the Spanish Government will be the lead contractor in a project to build three fleet solid support ships, which will supply munitions, stores and provisions to Royal Navy aircraft carriers, destroyers and frigates.

The cross-party House of Commons Defence Committee has written to Ministers demanding answers to questions such as how many jobs will be created in Spain and where the steel used to manufacture the ships will come from.

MPs on the committee plan to summon witnesses including senior Royal Navy officers to answer questions at a hearing in the New Year.

They include former Defence Minister Kevan Jones who said: “The Government talks about growing the economy but exporting British jobs to Spain by awarding this contract and undermining the UK shipbuilding industry seems a strange way of doing that.

“No other G7 or European country would procure naval ships from abroad.”

The Ministry of Defence has attempted to portray the consortium chosen as preferred bidders for the contract, called Team Resolute, as British-led.

However, records held by Companies House show that Navantia UK was created in May this year and is wholly owned by Navantia SA, which in turn is owned by Sociedad Estatal de Participaciones Industriales, a holding company owned by the Spanish government.

Ministers say that Harland & Wolff will employ an additional 1,200 people as a result of the deal.

However, it appears hundreds of jobs could go to Spain, with Ministers saying only that the number created there will be less than in the UK.

A spokesperson for the House of Commons Defence Committee said they could not comment on private committee deliberations.