Culture Secretary Oliver Dowden warned the public not to expect a major relaxation of social-distancing restrictions when the Prime Minister unveils his “road map” for the coming months tomorrow. “The situation remains exactly as it has been for several weeks, that is people should be staying at home in order to protect the NHS and save lives. That hasn’t changed,” Mr Dowden said in a television interview “Once again we have that temptingly sunny bank holiday weekend coming up but, please, people should not be leaving home except for the limited reasons we’ve already set out.”

Mr Johnson is due to make a televised address to the nation at 7pm tomorrow to explain his plan for gradually easing the restrictions on households over the coming weeks and months.

Mr Dowden insisted the Government will move by “tentative steps” in altering the rules.

Speculation was growing last night that gardens centres could be among the first businesses to be given the go-ahead to reopen from Monday as long as social-distancing measures are in place.

Welsh First Minister Mark Drakeford yesterday announced garden centres in Wales will be able to reopen next week in a series of “small and modest adjustments” to the rules, fuelling expectations they will also get the green light in England as part of the Prime Minister’s plan.

People in Wales will also be allowed to leave their homes several times a day as long as they do not travel long distances in another move also expected to be included in Mr Johnson’s plan. 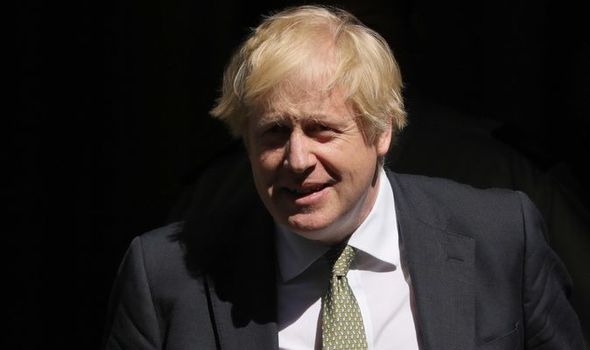 Mr Drakeford, giving a briefing in Cardiff, said: “I don’t believe that we will see anywhere in the United Kingdom anything other than the most modest of immediate changes.”

In Scotland, First Minister Nicola Sturgeon said the “only change” being considered “in the immediate term” was on allowing longer than one hour of outdoor exercise a day.

Arlene Foster, her counterpart in Northern Ireland, said there will be only “nuanced changes” in the her part of the UK.

Cabinet ministers are due to sign off the “road map” out of lockdown in a video conference call on Sunday morning.

Mr Downden said: “The Prime Minister will set out the next steps.

“But as I have been at pains to say… and as the Prime Minister said to us at Cabinet yesterday, the health of the nation comes first so we need to proceed with caution.

“Expect limited moves to begin with and then, over time, if those are starting to work, we can start to go further and what we will be doing is setting out the different steps we could take further along the path so people know where we’re going.” 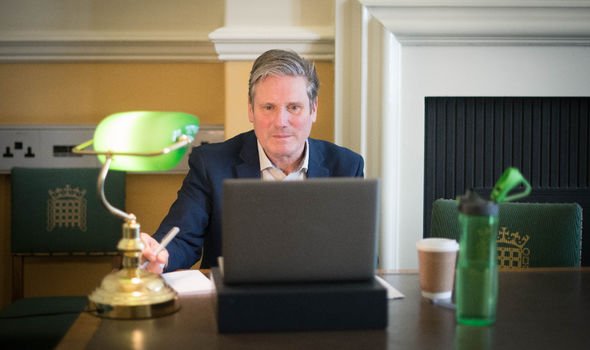 In an indication of tensions between the devolved administrations, the Cabinet minister also confirmed the four UK nations could move at “different speeds” when it comes to easing the lockdown.

“The crisis in our care homes has gone on for too long and we must do everything we can to protect our most vulnerable, many of whom protected our country in its darkest hour,” he wrote in a newspaper article.

But Mr Dowden insisted the Government was getting a “grip” on the issue.

“We are starting to grip this and it is starting to have an effect,” the former Cabinet Office minister said.

“So while the death rate remains too high, we have seen in the latest figures the number of deaths in care homes start to fall. 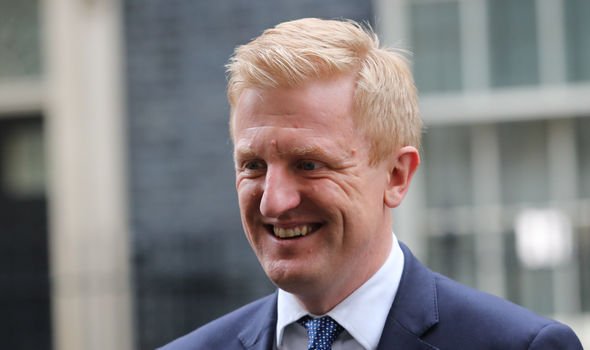 “This is a real priority for the Government.”

Mr Dowden also confirmed he would be holding a meeting next week with football authorities, including the Premier League, to determine whether matches could start to be played behind closed doors.

Boris Johnson’s spokesman said: “The Prime Minister is clear that we are going to adopt an approach of maximum caution.”

He acknowledged there could be some “divergence” between different parts of the UK in the pace of the exit from lockdown.

“We understand there could be circumstances where there is divergence and when there is evidence that supports it.

“We remain committed to taking a four-nations approach wherever possible,” he said.

The spokesman also said ministers were in talks with transport operators to determine when services could be increased in “preparation” for commuters returning to work.

“The reality is we are examining a range of options for how transport can respond to support the UK’s recovery in a timely way,” said the PM’s spokesman, when asked about reports ministers were targeting May 18 for rail services being increased.

“But this will only be done when it is safe to do so and would be in preparation, not anticipation of, any change in current advice.”