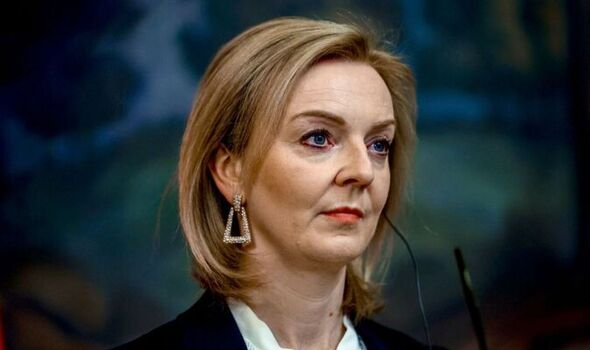 The Foreign Secretary summoned Andrey Kelin to her Whitehall HQ for the second formal rebuke in three days, in response to Russia’s invasion of Ukraine.

She read the riot act to the Moscow envoy then ordered him out of her office as he tried to protest. Insiders described the 10-minute meeting as “heated” – diplomatic code for a full-blown row.

A Foreign Office source said: “Liz made Britain’s point forcefully and hammered it home. She called out Kremlin lies, said Russia had made itself a pariah in the world and that the international community would rally around Ukraine.

“She kicked him out after he started spouting the usual Russian propaganda.”

Ms Truss told Mr Kelin that Russia’s attack was “unprovoked and unjustified” and “a clear breach of international law”.

Severe sanctions would damage its economy and hurt the Kremlin’s allies, the Foreign Secretary vowed.

Ms Truss continued: “The Russian government has shown that it was never serious about engaging in diplomacy – focussed only on deceit and furthering their territorial ambitions.

“We are urgently convening discussions with our allies and partners to coordinate our response.Together we will hold the Russian government to account.

“We hold the people of Ukraine in our hearts and minds at this terrible moment in their nation’s history.”