Labour leader Sir Keir Starmer has played down the prospect of the party making significant gains in May’s local and mayoral elections, saying the polls are going to be “tough”.

“We’re going to be out there with a strong campaign, every vote for the Labour Party is a vote for nurses’ pay, for NHS staff,” he continued. 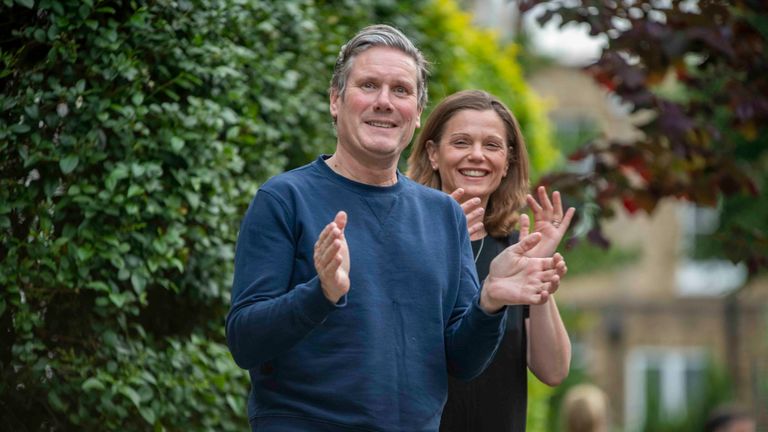 “But they’re going to be tough, these elections. We’re in a pandemic and we are constrained in the way we can campaign.

“But we’re going to fight for every vote in this set of elections.”

Sir Keir was speaking at Labour’s campaign launch for the elections in England, Scotland and Wales on 6 May, the biggest since the 2019 General Election.

Almost one year into the job, they will be seen as a verdict from the electorate on Sir Keir’s performance as Labour leader.

The super-poll, in which voters will be asked to take their own pens and pencils to polling stations, is bigger than normal because many of the elections are those postponed from last year because of COVID-19.

The elections taking place on 6 May include:

• Mayor of London and Greater London Assembly (postponed from 2020)

Speaking at Labour’s launch, Sir Keir said the elections were a “chance to say that after a decade of Conservative mistakes, we need to build a better future”.

A focus of his attack was the continuing row over NHS pay, with the government facing criticism for offering a 1% pay rise for health service staff in the midst of a global pandemic. “When I clapped for our carers, I meant it,” Sir Keir said.

“The prime minister clapped for carers, then he slammed the door on them.

“Every vote in this election is a chance to show the Conservatives that the British people value our NHS and our key workers so much more than this government does.

“It’s also the chance to show that we can’t wait any longer for the Conservatives to fix social care.”

He said that “now, more than ever, is the time to give our key workers a proper pay rise”.

Answering questions from journalists, Sir Keir said a 2.1% increase should be the starting point. But he declined to back a call from the Royal College of Nurses for a 12.5% rise. 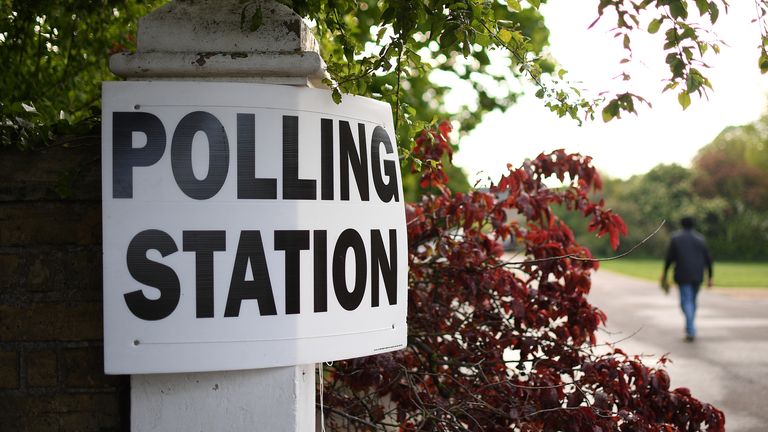 In his speech he accused the Tories of being out of touch, describing them as a party that “gives a 40% pay rise to Dominic Cummings, but a pay cut for our nurses”.

“A party that gives billions to Serco, but nothing for our NHS.

“A party that spent a decade weakening the foundations of our economy – and now has no answer for the future. Only more of the same.”

Sir Keir criticised the Conservatives for “tax rises on families” after they froze income tax thresholds in the budget last week. “The SNP have shown they’re too busy fighting among themselves to fight for the Scottish people,” he said, referencing Ms Sturgeon’s feud with predecessor Alex Salmond.

“Their 13 years in power has seen child poverty rise and educational standards fall.

“Scotland now has the lowest life expectancy in Western Europe and the highest number of drug deaths.

“It’s a record of shame and yet the SNP’s only priority is another divisive referendum.”

Sir Keir also defended Labour’s record in government in Wales, which is set to come under fierce attack from the Conservatives during the elections for the Senedd.

“In Wales, it’s been Mark Drakeford’s Labour government that’s taken the tough decisions that were needed in the last year and now has a plan to take Wales forward,” he said.

Responding to Labour’s campaign launch, Tory co-chairman Amanda Milling said: “Up and down the country Labour are failing to deliver locally.

“Labour politicians are distracted from delivering on your priorities and more interested in playing political games than delivering good services.

“Only the Conservatives can be trusted to focus on your priorities with a proven record of keeping bills down and providing better local services.”