Sir Keir Starmer has told his shadow cabinet that he intends to send a message to Labour Party members acknowledging concerns raised by the contents of a leaked report into the party’s handling of antisemitism complaints.

At the start of a shadow cabinet meeting on Tuesday, the Labour leader expressed his disappointment that the report had been put into the public domain, and set out why he had commissioned an urgent independent investigation into its commissioning, its content and how it was leaked.

He also committed to speaking to BAME MPs and members directly, after concerns were raised by shadow justice secretary David Lammy and shadow equalities secretary Marsha de Cordova about the content of some of the private WhatsApp messages that were set out in the report.

However, according to one shadow cabinet source, while the conversation was measured and respectful, some left-wing figures made clear they wanted Sir Keir to go further than the commissioning of an independent investigation.

Shadow education secretary Rebecca Long-Bailey is understood to have said she was “appalled” at what was contained in the report, and that she wanted to see disciplinary action follow once the contents of the document have been verified by the investigation. 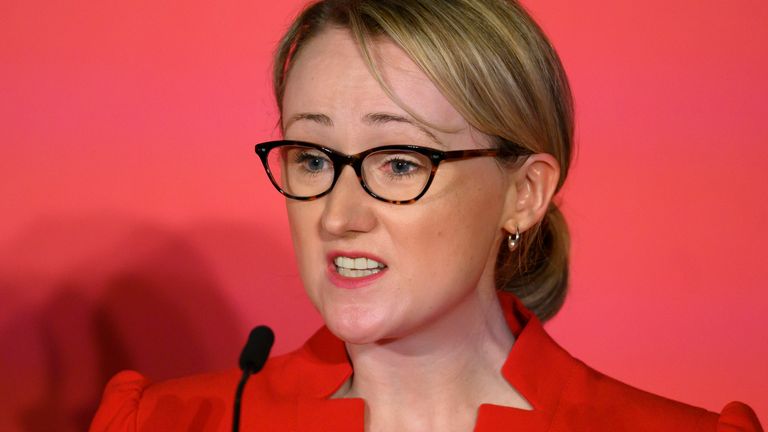 Cat Smith, shadow minister for voter engagement, also called for an emergency meeting of the party’s governing body so that its officers could set the terms of any investigation.

Later Sir Keir and his deputy Angela Rayner wrote to the Parliamentary Labour Party confirming the National Executive Committee would agree the terms of reference for the investigation, and these would be made public.

The letter also thanked “all colleagues for the representations that we have received over the weekend”.

It went on to confirm MPs and party members would be kept updated on the progress of the inquiry and asked them to “refrain from drawing conclusions before the inquiry has completed and from commenting publicly on it”. The discussion around the leaked report, which has been described by the Campaign Against Antisemitism as a “desperate last-ditch attempt to deflect and discredit allegations of antisemitism”, is understood to have lasted around five minutes in a meeting that went on for nearly two hours, and was largely focused on the party’s response to the coronavirus crisis.

Earlier the shadow chancellor Anneliese Dodds told Sky News that the fact the party was consumed with the fall-out from the report was “immensely frustrating”.

“We need to understand the circumstances under which it was leaked, as there is sensitive information in there, individuals are named, there’s an information control issue there,” she said.