Jacob Rees-Mogg gives update on Brexit to the Commons

Brexiteers criticised no-show MPs for failing to debate the UK’s future outside the EU. They were accused of showing no interest in “Brexit opportunities and the savings and benefits to this country”.

The attack came after Brexit Opportunities minister Jacob Rees-Mogg delivered a statement in Parliament outlining his hopes for a “revolution” in reforming EU law still imposed on the UK to help cut the cost of living for Britons.

He highlighted 2,400 pieces of EU legislation remain in place despite Britain leaving the trade bloc and that plans to “amend, repeal or replace” will be underway in the next three months.

Mr Rees-Mogg said: “We will continue working with departments to cut at least a billion pounds of business costs from EU red tape, to ensure greater freedoms and productivity.

“Ensuring we have the right regulation is crucial; excessive and unnecessary regulations which burden business or distort market outcomes, reduce productivity, pushing up prices and negatively affecting everyone’s cost of living.” 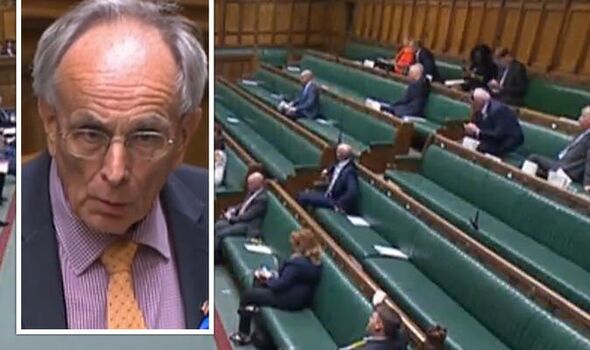 However, the Chamber looks sparse for the announcement, with very few MPs taking their places on the Opposition benches.

Tory backbench MP Peter Bone criticised the absence of Labour and Lib Dem representatives, attacking them for not attending the debate.

Speaking to MPs in the Commons, he said: “For a long time in this House, I’ve noticed that if the Government has done something well, the number of Opposition backbenchers in for a statement is very few.

“I spy no Liberal Democrats at all. The DUP, of course, is here. And at the start of the statement Madame Deputy Speaker, there were just four Labour backbenchers.

“They do not want to be here to listen to Brexit opportunities and the savings and benefits to this country.”

At least 16 Conservatives could be seen in the Chamber eager to debate the opportunities presented by freedom outside the EU. 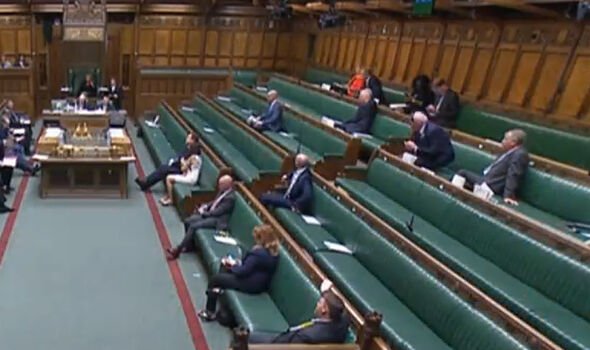 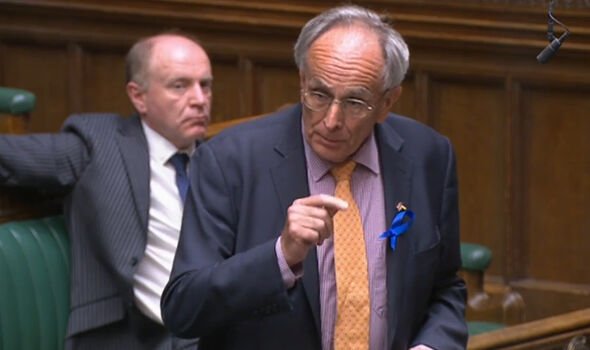 Sir Keir Starmer has attempted to steer clear of Brexit in a desperate bid to appeal to voters for both Remain and Leave.

The St Pancras and Holborn MP was responsible for the party’s disastrous stance on the topic at the last election.

He drew up Labour’s pledge to hold a second referendum if the party was elected into Government.

Sir Keir is understood to now be preparing to now deliver a speech outlining his party’s stance on Brexit in the coming weeks. 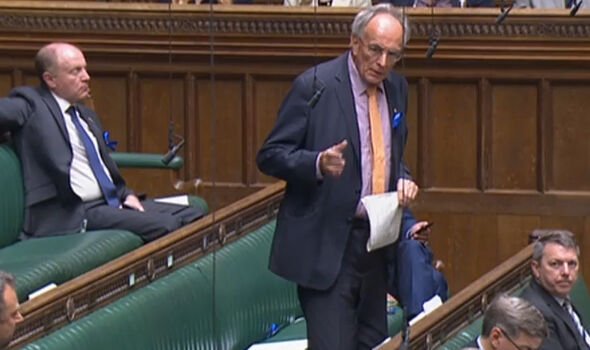 He is set to promise not to reintroduce free movement and outline his plan to tackle illegal immigration.

However, last week a shadow minister admitted she still hoped to for a return to the EU under a Labour Government.

Anna McMorrin told Labour members at a meeting: “”Getting into government, there might be some scope then to renegotiate – we certainly need to renegotiate the current deal.

“I hope eventually we will get back into the single market and the customs union and who knows in the future.”