A leaked transcript of confidential messages exchanged between Labour staff revealed that the party’s former hard-Left leader was repeatedly accused of pulling out of events and turning up deliberately late during last year’s unsuccessful challenge for Number 10. He also threw a “tantrum” when told the Lib Dems had an environmentally-friendly electric-powered battle bus while Labour’s vehicle had a gas-guzzling diesel engine.

The embarrassing revelations about Labour’s 2019 election flop were revealed yesterday in extracts from a new book published by a Sunday newspaper.

Left Out: The Inside Story of Labour Under Corbyn, written by journalists Gabriel Pogrund and Patrick Maguire, is expected to deepen the party’s bitter civil war under its new leader Sir Keir Starmer.

Hundreds of leaked emails and private messages between his senior aides showed Mr Corbyn spent hours of the campaign demanding the right to see his own schedule.

“With less than three weeks to go and Labour 10 points behind the Tories in most polls, some aides had arrived at the extraordinary conclusion that Corbyn was sabotaging his own campaign,” the book says. 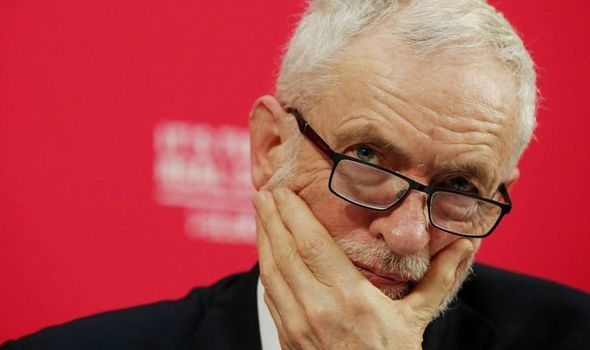 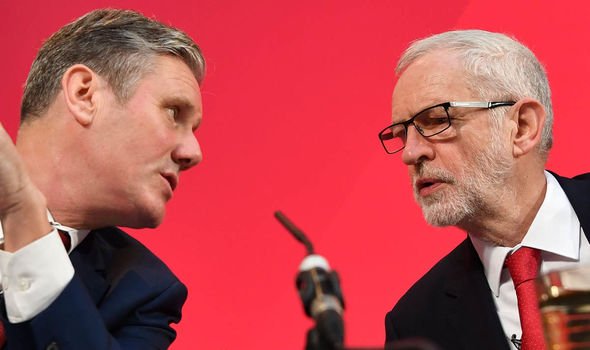 Mr Corbyn was reported to have told staff in one message about a campaign visit to Liverpool: “I am fully entitled to be consulted before these decisions are made.”

One of his aides said: “It was like he’d had a breakdown. He just wouldn’t drop the stuff about the diary. It was his way of trying to regain control.”

During a visit to Stoke-on-Trent, one Labour aide told colleagues: “JC was deliberately adding extra things and talking to people to delay and then spoke for 30 mins plus at the campaign stop once they had arrived 40 mins late.”

In one embarrassing incident in Stoke, Mr Corbyn’s wife Laura Alvarez was caught by TV cameras snapping at aides.

She marched into shot while the Labour was preparing oatcake snacks with the party’s local candidate and demanded: “Make me one!” 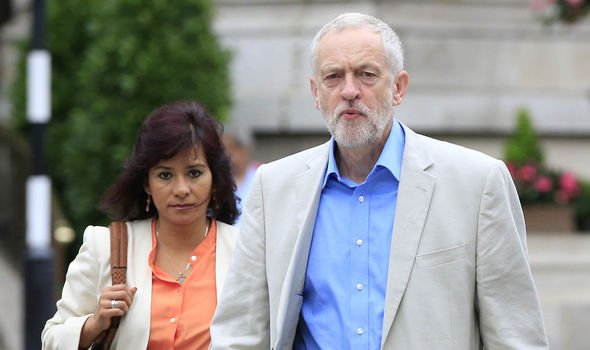 When two Labour aides attempted to usher her away, she told them: “I’m trying to make him happy and you’re stopping it.

“I’m his wife, you need to let me do this, you don’t understand what’s good for him.”

The book also claimed that Labour’s deputy leader Tom Watson briefly considered defecting after the then Lib Dem leader offered him the chance of standing as the party’s candidate in the key swing seat of Lewes in East Sussex. 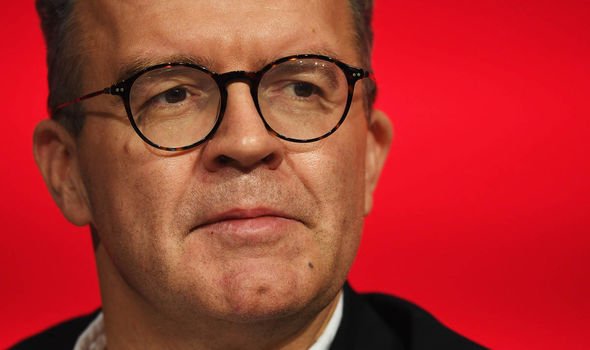 In a private meeting at Labour’s conference, the strategists studied confidential polling data suggesting the party was set to lose support in leave-voting northern heartlands.

It led to Mr McDonnell to push the party into an unsuccessful strategy of trying to win over EU Remain voters instead.

The book also tells how Mr Corbyn and his wife met the Duke and Duchess of Sussex at a Commonwealth Day service in Westminster Abbey.

Ms Alvarez slipped the couple a book of verse by a 17th-Century Mexican nun.