Nicola Sturgeon has been pushing for a second referendum on Scottish independence as part of her campaign to be re-elected as first minister. Andrew Marr grilled the SNP leader over whether it is “shameful” that she has not released an economic projection of how independence will affect Scotland. The BBC host asked: “Don’t you think it’s shameful that a government looking to take Scotland out of the UK hasn’t even bothered to look at the impact on the economy? 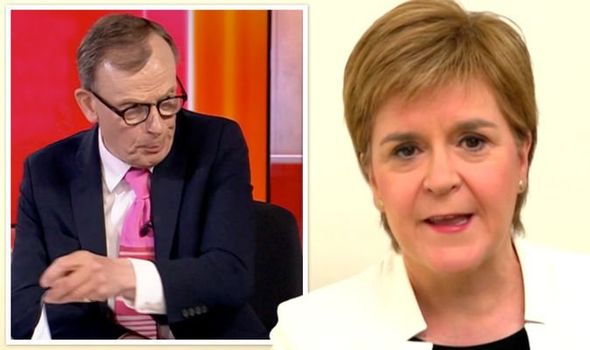 Ms Sturgeon replied: “If I was asking people a week on Thursday to vote on the question whether or not Scotland should be independent then yes, I would agree with that.

“I believe it is only right to ask people to make that choice of that magnitude on the basis of quality, up-to-date information.