Mr Zahawi defended his political bid to cut taxes by claiming that everyone must remain disciplined as we were currently in an economic national emergency. The Chancellor also discussed giving teachers pay rises and increasing the starting salaries for teachers to £30,000. Economic experts have been warning that if taxes are lowered it will have a knock-on effect on the economy, causing inflation to worsen. Mr Zahwai is currently in a leadership contest to become the next Prime Minister of the country and leader of the Conservative Party. 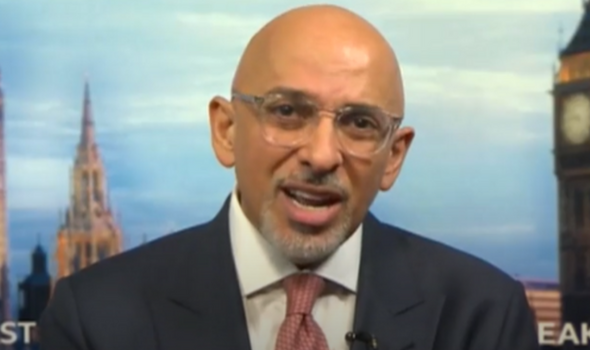 BBC Breakfast host Nina Warhurst said: “I do understand that tax cuts stimulate the economy, but I also understand that taxation brings money into the… And the Office of Budget and Responsibility says by cutting taxes now the reality is that debt is passion on.

“As Rishi Sunak has said, we’re passing that debt on to our children.”

Mr Zahawi told BBC Breakfast: “Well I absolutely agree if you don’t then exercise fiscal discipline, I’ve just talked to you about the headcount reduction.

“The other one is obviously public sector pay, we have to be disciplined about that and I will look at the pay review party’s recommendation on this.

“But we have to remain disciplined, this is an economic national emergency and I think my response to it, is the right response.

“It is fully costed and I will share it, but you’re right, you’re right… We have to be disciplined and make some tough choices…

” But I’m making them I’m saying, this is what I will do, but I will have to demonstrate to the country where I’m finding the money, how am I costing it, how am I going to deliver it.”

Ms Warhurst added: “You would be willing to turn around to public servants and say, yeah I negotiated a 9 percent pay rise when I Education Secretary for teachers but not for the rest of you?”

Mr Zahawi said: ” Well actually that 9 percent pay rise was fully costed, why because, in our manifesto, we pledged that we’d increase the starting salary for teachers to £30,000.

“That’s very much where I’m at, it’s within the spending envelope so we’re actually demonstrating discipline because I’m asking more senior teachers to take 5 percent over two years.

“It’s exactly what I’m talking about, that’s a perfect example of what I’m saying to you, that if we exercise discipline we can deliver these tax cuts as well.”