Anas Sarwar was accused of ignoring one of the key political issues facing Scotland and as a result could face a devastating May election result due to Labour’s soft stance on independence. Host Jo Coburn said the Labour leader could be talking to “no one” if he continued to “ignore the central question” which the Conservatives and SNP have made front and centre of their campaigns. Mr Sarwar disagreed and said those in the “political bubble” cared more about independence than the regular person on the street.

Mr Sarwar was invited on BBC Two’s Politics Live to discuss the upcoming May election and the SNP’s campaign for an unofficial referendum.

“But the point I’m making in this election campaign is Covid didn’t choose between yes, no, leave or remain and neither will the aftermath.

“What I’m not willing to do is only present policy programmes that has half of the country voting on the constitution.

“I want to have recovery which works with everybody.” 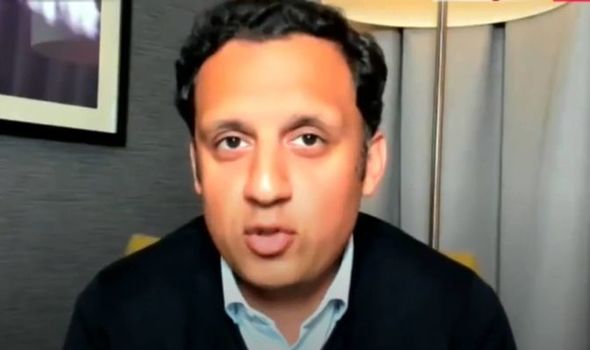 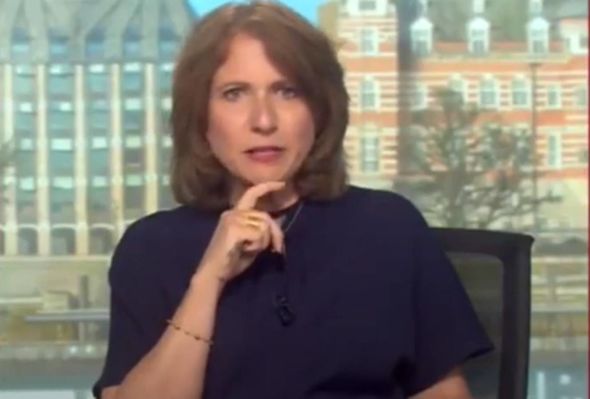 But Ms Coburn then pointed out to the Labour leader he could “be talking to no one” if he did not focus on the big issues facing Scotland.

“So actually I think the Tories and the SNP are disconnected from the public in terms of what they care about every single day right now.”

The Scottish Conservatives led by Douglas Ross are actively campaigning against the SNP’s desire for independence.

The Tories have attempted several motions of no confidence against the SNP to challenge their strength which have all failed.

The Scottish Nationalists have promised to hold an advisory referendum without Westminster approval if they secure a majority in May with some fearing they could replicate Catalonia. 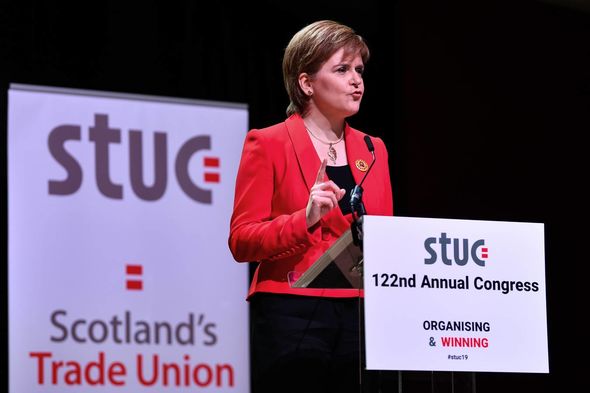 Mr Sarwar continued: “I think we’ve got the right message and people care not about the date of a referendum I think they care about keeping their loved ones safe.

“I want to change the way we do politics in Scotland, I want us to focus for a change on what you need as a country… that works for everyone.” 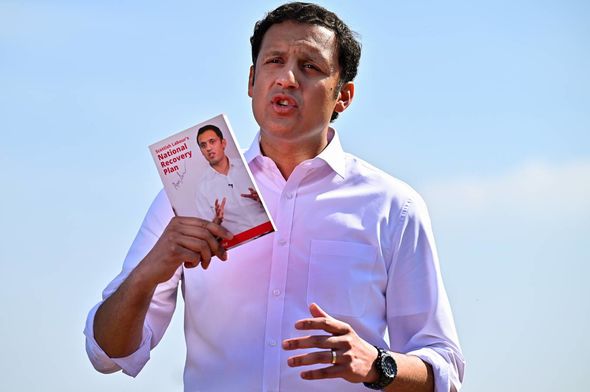 The Scottish Parliamentary elections are due to be held on May 6 alongside local and London mayoral elections.

The election will be closely watched by many in the political sphere as the issue of Scottish independence rears its head once more.

Former First Minister Alex Salmond launched his own party called Alba earlier this year in an attempt to increase independence support in Holyrood.

He hopes to do this by standing in regional list seats which the SNP do not typically secure seats in.

But polls have put Mr Salmond near the bottom with some showing Prime Minister Boris Johnson is more popular than Mr Salmond in Scotland.