WASHINGTON (Reuters) – Months after her presidential campaign collapsed amid questions over her political identity, Kamala Harris suddenly and forcefully found her voice – and at a fortuitous time. 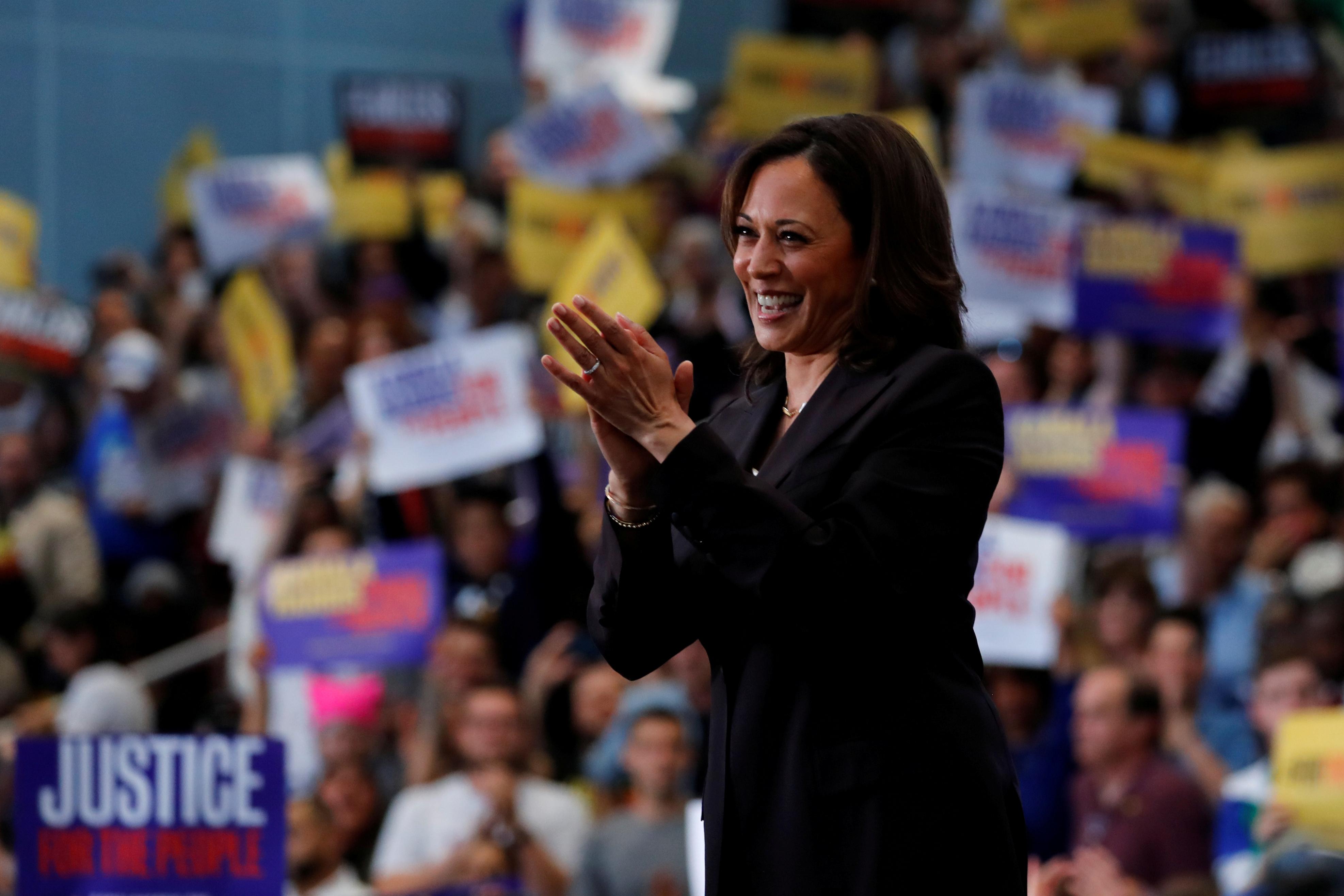 Harris, a 55-year-old U.S. senator from California, was chosen by Democratic presidential candidate Joe Biden as his running mate on Tuesday, making history as the first Black woman and Asian-American on a major presidential ticket.

Her selection came as little surprise. With the United States in the midst of a reckoning over its history of racial injustice, Biden had increasingly been pressed to select a woman of color. Harris, who became the Senate’s second Black woman in its history when she was elected in 2016, was always at the top of the list.

But Harris did anything but keep a low profile while Biden was making up his mind. Instead, she emerged as a fierce advocate for police reform and social justice – in the Senate, in the streets, and on the airwaves, sparring with Republicans on the Senate floor and offering fiery critiques of Republican President Donald Trump.

“She has been very resolute,” said Marc Morial, president of the National Urban League, the longstanding civil rights and social justice advocacy group, which has worked with Harris on reform issues. “She has the ability to go toe-to-toe with anybody.”

For Harris, the barrier-breaking former prosecutor and California state attorney general, the moment provided a clarity of purpose that was often absent from her failed presidential bid.

After a strong start, Harris’ campaign quickly foundered amid strategic somersaults. First positioning herself as a progressive in the mold of reformers such as Senators Elizabeth Warren and Bernie Sanders, Harris then tried to tack toward the center. Her position on healthcare, for example, became a mishmash. She dropped out in December, before a single vote was cast in the Democratic nominating contests.

“She was trying to play the middle a little bit and trying to be all things to all people,” said Joel Payne, a Democratic strategist who worked for Hillary Clinton’s 2016 presidential campaign.

Now, Payne said, “There is a little more of a defined voice. There’s more clarity to her public persona.”

WINNING OVER FLOYD LAWYER, PAST DOUBTERS

Her background in law enforcement had been seen as a vulnerability early in the race for the party’s nomination. But her work of late has impressed some past doubters who say she did not do enough to investigate police shootings and too often sided with prosecutors in wrongful conviction cases in the past.

In the days after George Floyd died at the hands of police in Minneapolis in May, sparking a national conversation on race, Harris joined protesters in the streets of Washington.

On Capitol Hill, she, along with Senator Cory Booker, an African American who made his own bid for the presidency, became the drivers of the Democratic effort to battle police abuses and led the pushback against an alternative Republican police reform measure, which she blasted as “lip service.”

Her efforts received important recognition in early August when Ben Crump, the attorney for Floyd’s family, published an opinion article supporting her candidacy.

“The case for me is simple: She’s been a change agent at every level of government – local, state, and federal – for 30 years,” Crump wrote as the search for Biden’s running mate entered a final stage.

Lara Bazelon, a professor at the University of San Francisco School of Law who last year assailed Harris’ record as a prosecutor and attorney general, said Harris has made an “important shift” on criminal justice. She now hopes Harris will become a leading adviser to Biden on the issue.

“She got a good, hard shove to the left. I really hope she seizes that moment and resists the urge to drift toward safety and the center,” Bazelon said.

While advocating for social justice publicly, Harris was also working to shore up her relationship with Biden. The two had long been friendly because of Harris’ friendship with Biden’s late son, Beau Biden, who served as Delaware’s attorney general and worked with Harris when she held the same position for her state.

“Back when Kamala was Attorney General, she worked closely with Beau. I watched as they took on the big banks, lifted up working people, and protected women and kids from abuse,” the elder Biden wrote on Twitter on Tuesday. “I was proud then, and I’m proud now to have her as my partner in this campaign.”

But Harris’ relationship with Joe Biden was sorely tested last year when in a Democratic debate she battered Biden over his long-ago stance on mandatory busing for public school students. Biden’s wife, Jill, later said she viewed the attack as a “punch in the gut,” while some Biden aides saw it as opportunistic.

Since she endorsed him in March, Harris has become a fierce advocate of his candidacy and an effective fundraiser on his behalf. Biden told reporters in August he had put the debate fracas behind him. “I don’t hold grudges,” he said. 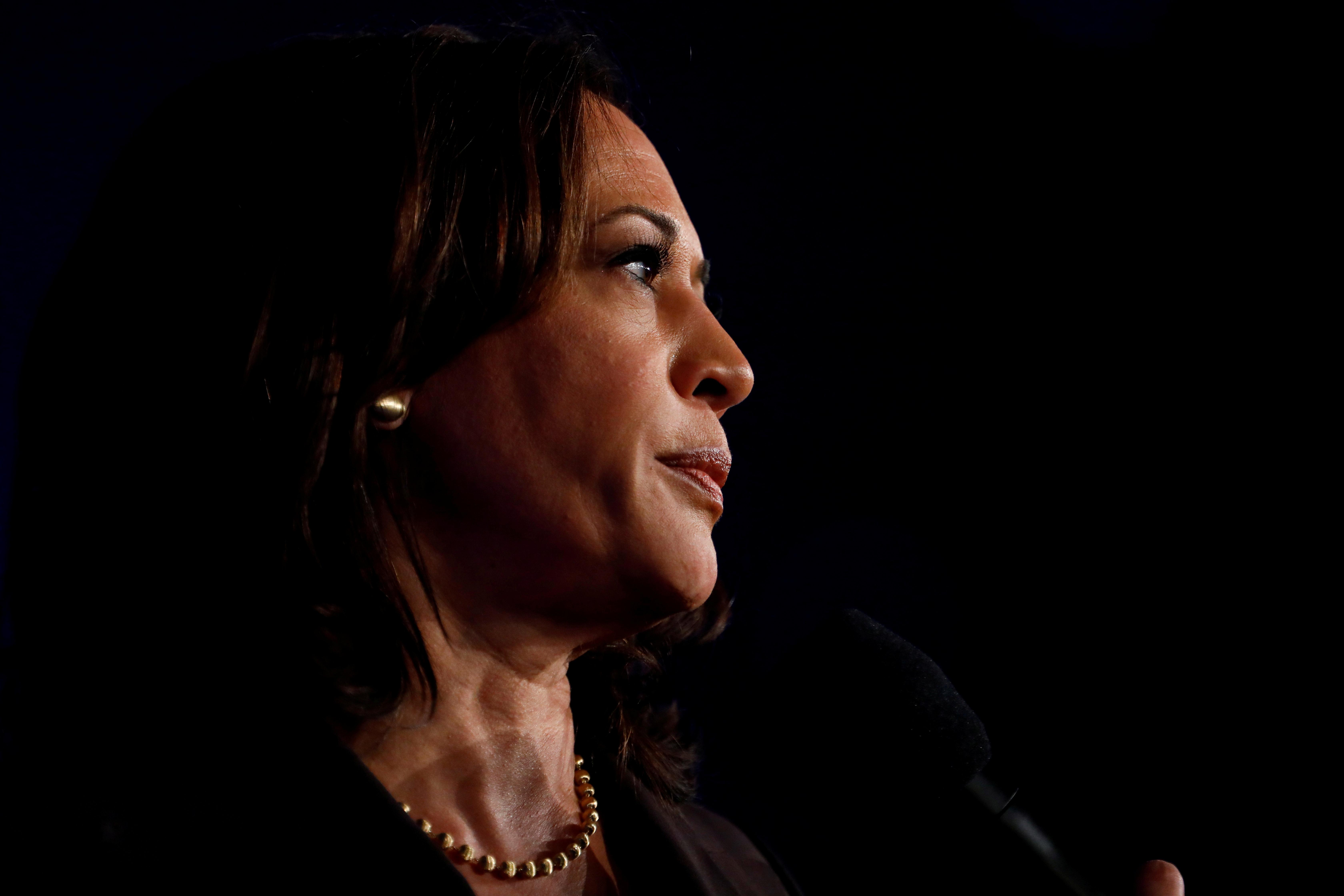 Even so, Harris had to survive a last-minute lobbying campaign against her selection, one that included close Biden allies, over concerns she was too politically ambitious and would not put Biden’s interests ahead of hers. That push, in turn, sparked a backlash among Harris’ supporters who called the arguments sexist.

Harris has used the time since her campaign exit well, Payne said.

“She realized that one of her vulnerabilities was her background as a prosecutor,” he said. “She did some repair work. She did some fence-mending to get ready for the moment.”

Nasdaq futures jump, hopes grow for stimulus
Recent Posts
Copyright © 2021 miamiheatnation.com.
This website uses cookies to improve your user experience and to provide you with advertisements that are relevant to your interests. By continuing to browse the site you are agreeing to our use of cookies.Ok