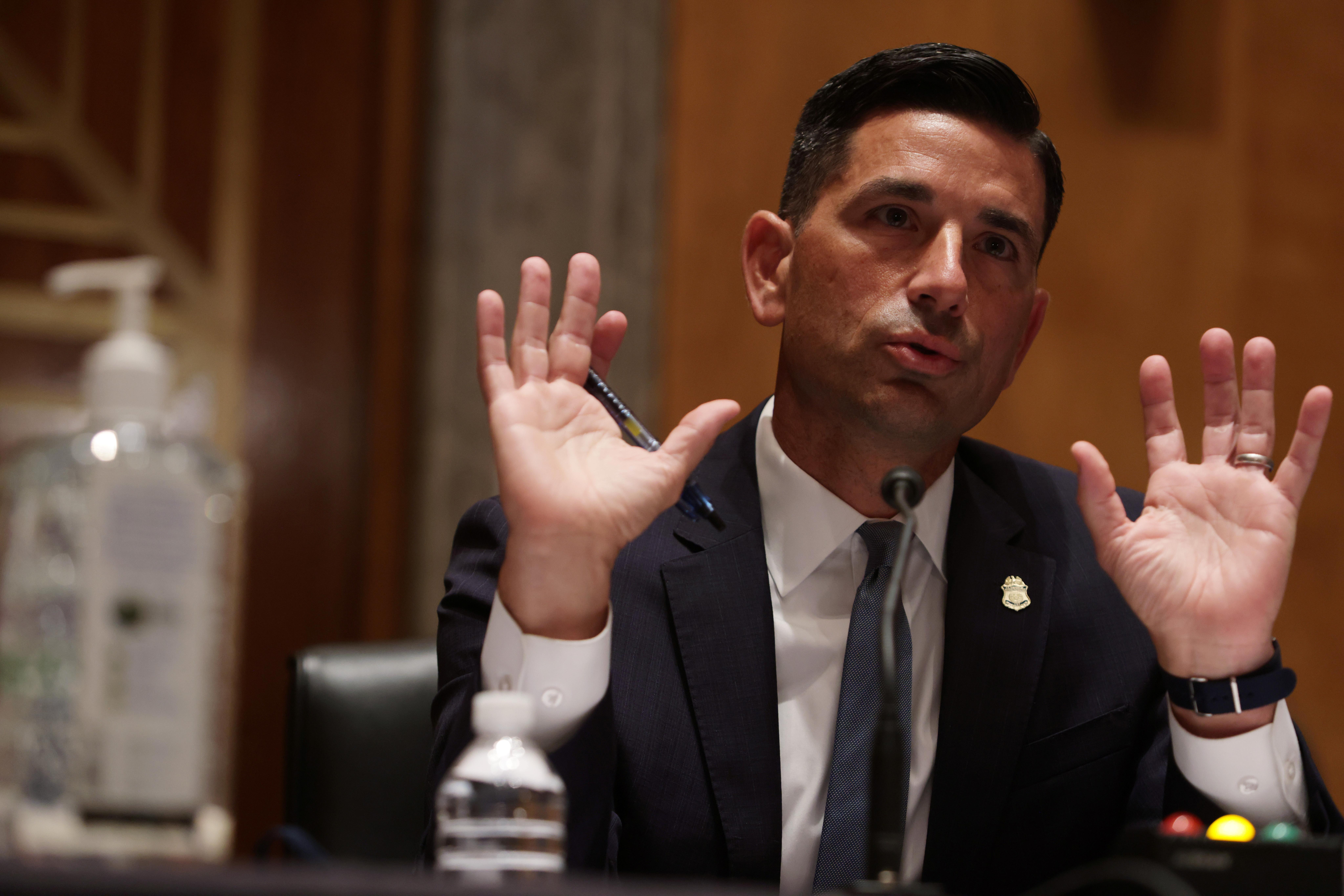 WASHINGTON (Reuters) – The U.S. Department of Homeland Security is reviewing “a number” of complaints that its agents used excessive force against anti-racism protesters in Portland, Oregon, though so far no one has been disciplined, the department’s acting head said on Thursday.

Acting Secretary Chad Wolf testified to the U.S. Senate Committee on Homeland Security and Governmental Affairs about the federal response to long-running protests in Portland, where state and city officials complained that the presence of federal officers inflamed protests.

He did not say how many complaints were being reviewed or provide any specifics of what had been alleged.

Largely peaceful protests have been held across the United States since the May 25 death of George Floyd, a Black man, while in Minneapolis police custody. Protests in cities, including Portland, have at times erupted into arson and violence, and federal officers sent into the Northwestern city have repeatedly clashed with crowds targeting the federal courthouse there.

Wolf denied that federal officers had cracked down on peaceful protesters, saying they had faced repeated overnight violence around a federal courthouse that became the focus of protests. Officers reported 277 injuries, he said.

“In no way are we doing anything on peaceful protests,” Wolf said.

He said that DHS believed there was “some coordination” between participants in Portland protests, who he said included “violent opportunists,” anarchists and members of the far-right Boogaloo movement, and he said Antifa activists had used online messaging to encourage violence. He said federal agencies had “very, very little” intelligence from inside the violent protest movement.

The House Intelligence Committee this week launched its own investigation into DHS’s intelligence office, including its actions in Portland, and its involvement in other anti-racism protests across the country.