SINGAPORE – More firms will be eligible for higher tiers of wage subsidies under the latest $2.9 billion enhancement to the Jobs Support Scheme, Deputy Prime Minister Heng Swee Keat said on Tuesday (May 26).

The scheme, first announced in February, will also be extended by one month to cover wages paid in August, he said, in a speech detailing measures in the fourth Covid-19 support package.

This means employers will receive wage subsidies for all local employees for 10 months instead of nine. This will cost the Government $23.5 billion in all.

Firms will receive the additional month of subsidies in the October payout – the last of four payouts.

The Jobs Support Scheme covers between 25 per cent and 75 per cent of the first $4,600 of gross monthly wages for all 1.9 million local employees.

These workers are employed by more than 140,000 enterprises, which are facing both immediate challenges as well as structural changes that threaten their survival, said Mr Heng.

“Businesses are trying hard to get back on their feet and reopen safely as they emerge from the circuit breaker. We are fully behind them, and will further strengthen our support for businesses on the 3Cs – cash flow, costs, and credit,” he said.

Businesses that cannot resume operations immediately after the circuit breaker ends on June 1 will receive higher subsidies of 75 per cent of wages until August, or when they are allowed to reopen, whichever comes earlier, Mr Heng told the House.

This includes retail outlets, gym and fitness studios, and cinemas, he added.

The higher subsidy level of 75 per cent was originally provided to all employers of local workers for April and May, to tide businesses through the circuit breaker period during which most workplaces had to shut to prevent the spread of Covid-19.

Mr Heng, who is also Finance Minister, said the types of firms eligible for the different tiers of support under the Jobs Support Scheme will be reclassified to help those more severely impacted, based on feedback from industry associations and businesses.

Originally, aviation and tourism sector companies would continue to get 75 per cent of wages after the circuit breaker, while firms in the food services industry would receive 50 per cent of wages. Other firms receive the base level of 25 per cent.

Now, firms in the aerospace sector – including those in maintenance, repair, and operations – as well as money changers and regional ferry operators, among others, will also receive 75 per cent wage support. Cinema operators, certain retailers and marine and offshore firms are among those that will also receive 50 per cent support.

Eligible firms will receive retrospective payouts to top up what they have received so far by July.

Firms in the built environment sector, which includes construction, will receive higher subsidies of 75 per cent for wages paid between June and August, as they are affected by the phased and gradual resumption of activities, said Mr Heng. 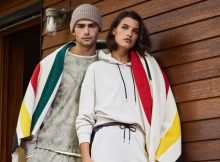 The Bloomingdale’s Battle for Holiday Sales 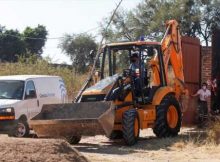 International Air Transport Association plans health passport to fly during the pandemic
Recent Posts
Copyright © 2020 miamiheatnation.com.
This website uses cookies to improve your user experience and to provide you with advertisements that are relevant to your interests. By continuing to browse the site you are agreeing to our use of cookies.Ok