The end of Boris Johnson’s stint in Number 10 is looking highly likely, and the strain is beginning to show as the Prime Minister barely keeps it together as a slew of Government ministers resign. Body language expert Darren Stanton said: “While Boris wants to go on and win the next election, his body language says differently.”

“Boris portrayed a lot of self-reassurance gestures and stuttered a lot when faced with constant rebuttal.

“Upon opening today’s PMQs, Boris tried to look like it’s business as usual, however, he appeared uneasy – for instance, we saw him playing with his pen, taking it out of his jacket pocket and placing it back in again.”

Mr Stanton said this is something the Prime Minister notably does when he is trying to “reassure himself”. 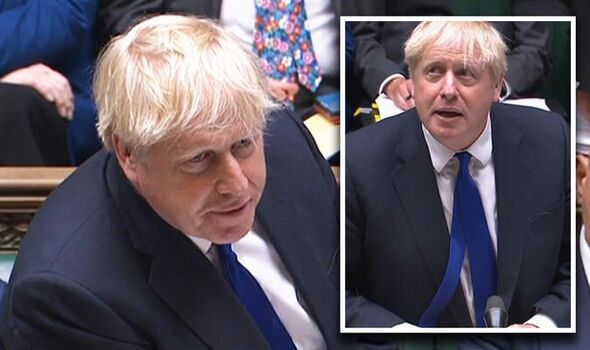 But the discomfort doesn’t just emanate from the Prime Minister. Mr Stanton said the frontbench appears to be just as uncomfortable as Mr Johnson.

Mr Stanton said: “We saw his normal bluster and regurgitation of his statistics of achievements in office, however, the faces on the rest of the front bench, including Dominic Raab, looked awkward and were reflective of the very obvious large elephant in the room and a lack of confidence in their leader.

The body language expert even suggested that the Justice secretary’s body language could suggest he is “the lion mounting the first challenge to take over Johnson’s pride.”

Mr Stanton continued: “Generally the Tory side of the commons is reminiscent of a lot of naughty schoolchildren, rabble-rousing, laughing, shouting and praising the PM in his usually larger-than-life delivery when facing Starmer. 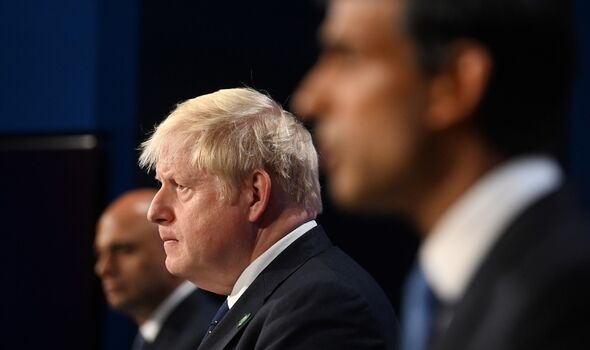 “Instead, the front, at times, drew their heads downwards and averted their gaze away from the direction of their opposing side.

“Such gestures suggest they are finding it hard to support someone when they know they cannot defend their behaviour.”

However, Mr Stanton said despite the ire around him, the Prime Minister appeared characteristically confident, but the underlying doubts about his position shone through.

He said: “While Boris was trying to appear robust, resolute and confident, it’s clear he is a very tired man and he knows it. 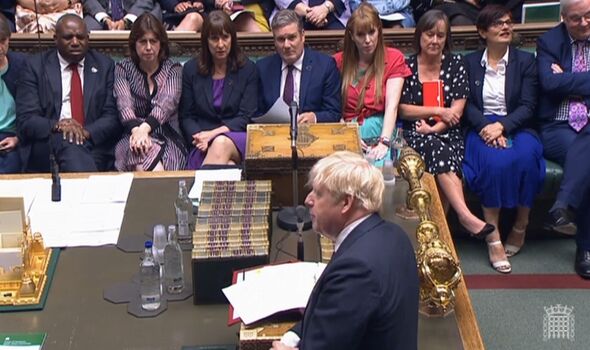 “We saw his self-doubt leak through as he portrayed a different side to him, as he didn’t display his usual facial expressions of happiness and enjoyment at having good-natured banter with the opposition.

“Instead of his usual animated behaviour, Boris displayed a dramatic and visible shift in emotion – possibly signalling the end is nigh.”

He said: “Starmer looked directly at Boris, whereas Boris tended to lean on his right shoulder and instead address everything to the speaker of the house. He would only address Starmer when mocking him or being sarcastic.

“Starmer’s questions and rebuttal are clear, concise and coherent compared to Boris’ off-the-cuff replies and tendency to stutter. He wants to be taken seriously as a leader.

“Boris, meanwhile, was a far cry from his usual character when listening to Starmer and the other questions.