Just over an hour after dozens of French fishing boats descended on Jersey’s port of St Helier this morning, the EU country has sent a naval ship to assist. The small naval gendarmarie vessel, the Athos (A712) was seen hurtling towards the island “at full speed” this morning.

The Athos is a patrol boat and is 32m in length.

It comes after a French fishing chief has issued a stark warning to the island, saying its country had the ability to “bring Jersey to its knees if necessary”.

David Sellam, the head of the joint Normandy-Brittany sea authority, is understood to have said that Jersey had been taken over by an “extremist fringe” who wanted to profit from Brexit. 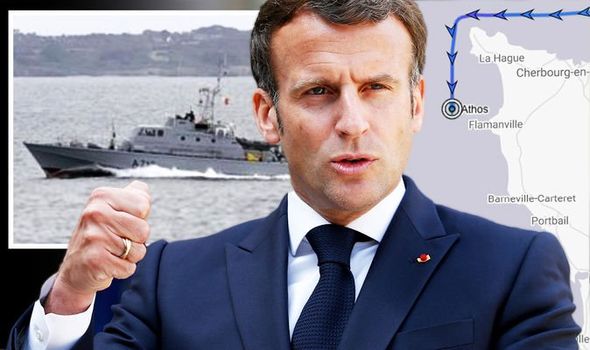 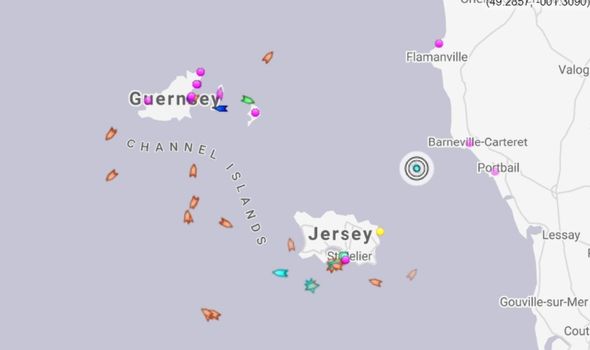 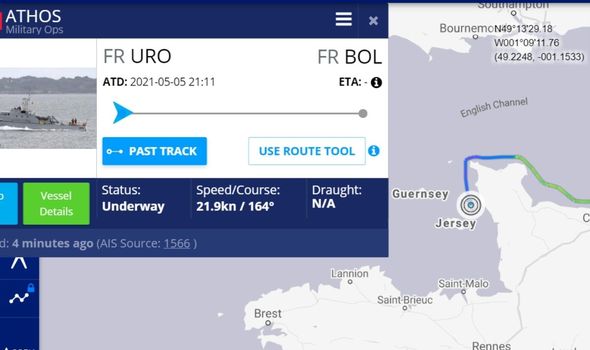 According to the Times, he said: “We’re ready for war.

“We can bring Jersey to its knees if necessary.”

France accuses Jersey of dragging its feet over issuing new licences to French boats, to the detriment of the country’s fishing industry.