The government will “learn from” a summer holiday clubs programme as it seeks to steer a way through the free school meals row, a minister has told Sky News.

A fresh campaign spearheaded by England footballer Marcus Rashford has heaped pressure on the government over the provision of school holiday meals for the children of struggling families.

Prime Minister Boris Johnson has pledged government action to ensure “no children” go hungry this winter, but is still refusing to resurrect a food voucher scheme that ministers were forced to implement in the summer under huge public pressure. This week’s half-term holiday has instead seen local councils and organisations – as well as pubs, restaurants and cafes – offer free meals to struggling families.

Business minister Nadhim Zahawi pointed to a separate £9m holiday activities and food programme, that was piloted across 17 local councils over the summer, as a possible future way of addressing concerns over how to feed children during school holidays.

He told Sky News’ Kay Burley: “These are incredibly important pilots, and we will look at how we can learn from those and how we can build on this.

“The best way to do it – as the prime minister quite rightly outlined – is through local government, 17 local authorities participated in that pilot, and of course through the actual welfare system, the Universal Credit system, delivering that additional help for those families.”

The Daily Telegraph reported on Tuesday that the government was looking at proposals for holiday clubs to be extended so children can be given at least one free meal per day outside term time.

The holiday clubs idea is said to be the work of government food tsar Henry Dimbleby, co-founder of the Leon restaurant group, who revealed he had been lobbying ministers to act. 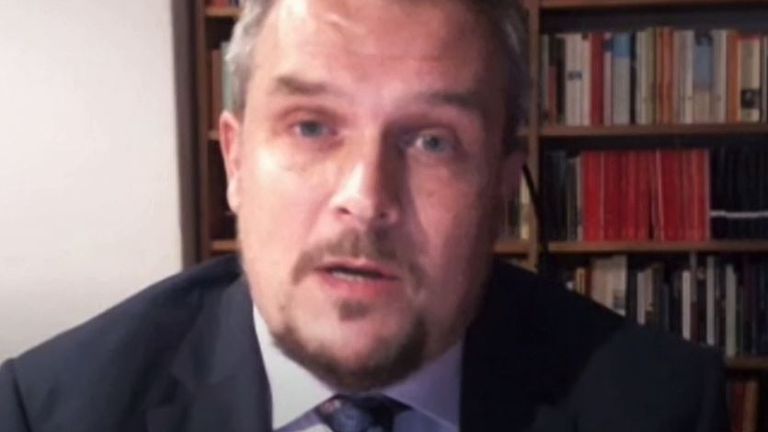 Mr Dimbleby, the independent head of the national food strategy, told BBC Radio 4’s Today programme he hadn’t been “backward in coming forward with ideas” for the Treasury, Department for Education and Number 10 over “how they could rapidly implement this by Christmas”.

But he added: “The dark centre of government is invisible to me and I have no idea exactly what they’re working on as we speak.”

Mr Dimbleby said that “in-kind support” through holiday clubs, providing food and education, had been shown to have a better impact than putting the same “small amount of money” into Universal Credit.

He was also critical about the government’s current efforts to assist struggling families during the ongoing coronavirus crisis.

“This problem is real, it should go without saying it’s serious, it’s immediate and it’s going to get worse as employment gets worse and the government isn’t doing enough,” Mr Dimbleby added.

“One in seven families already are reporting to not be able to afford enough food.”

Meanwhile, there are reports of a Whitehall blame game between the Treasury and Department for Education over the free schools meal row.

It follows allegations that Chancellor Rishi Sunak blocked proposals to fund free meals, although Treasury sources said no such proposal was made by Education Secretary Gavin Williamson.

Mr Zahawi dismissed the reports of a rift, telling Sky News: “There is absolutely lockstep between the chancellor and the education secretary and the prime minister and this government to make sure we target funding to those families that need it.”