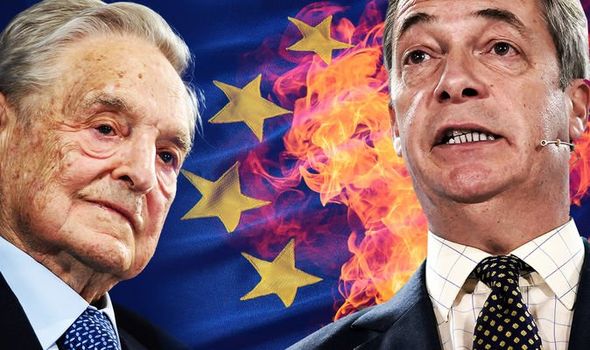 He also said that he is “delighted” with the tougher tactics being employed by Boris Johnson’s government in the latest EU negotiations.

But with a decision on whether to extend the transition period looming, he warned that the Conservatives could still betray Britain over Europe.

The Brexit Party leader’s comments come after an astonishing admission by the pro-EU billionaire businessman George Soros that he also believes the Italians are on the verge of quitting.

Mr Soros, who is understood to have helped finance pro-Remain groups and has been criticised for being one of the biggest supporters of the EU, has also revealed that he wants to create “perpetual bonds” which would lock countries into the institution forever even if it was against the democratic will of its voters.

The coronavirus crisis has put the weakening EU under strain and there is fury in Italy over the way it was abandoned by its European partners who refused to provide medical equipment or economic aid without Italy surrendering government functions to Brussels.

In an interview with the Dutch newspaper De Telegraaf, Mr Soros said: “I am particularly concerned about Italy. What would be left of Europe without Italy? Italy used to be the most pro-European country. 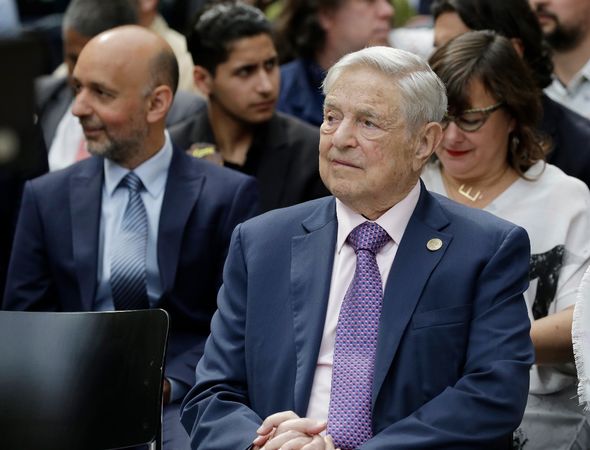 “Italians trusted Europe more than their own governments, and with good reason. But they were badly treated during the refugee crisis of 2015.

“The EU enforced the so-called Dublin Regulations that put all the burden on the countries where refugees first landed and did not offer any financial burden sharing.

“That is when Italians decide to vote for Matteo Salvini’s Lega and the Five Star Movement in a landslide.

“More recently, the relaxation of state aid rules, which favour Germany, has been particularly unfair to Italy, which was already the sick man of Europe and then the hardest hit by COVID-19.”

Responding, Mr Farage said: “I am truly astonished for the first time in my life to find that I am in total agreement with George Soros.

“Italy has suffered horrendously since it joined the wrong currency and when the Covid 19 crisis came the EU did not offer a hand of friendship.” 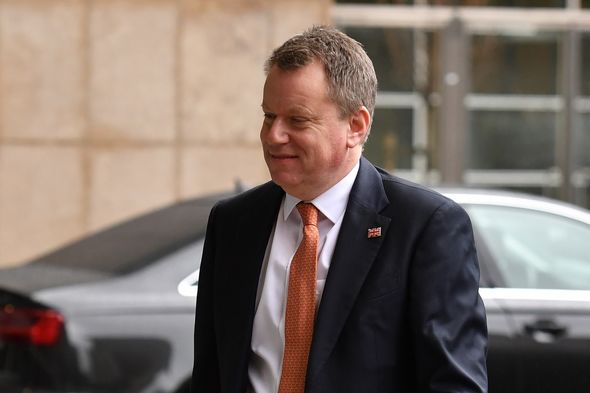 He added that Italy’s problems underline why Britain needs to finish the job of leaving the EU and end the transition period on time on December 31.

Remainers and the EU are pushing for the UK Government to extend transition which would mean while not a member Britain would still have to obey EU rules and pay even more money to Brussels’ coffers.

But Britain’s chief negotiator David Frost and cabinet office minister Michael Gove have insisted that transition will not be extended.

Mr Frost has also written to Mr Barnier, the EU’s chief negotiator, to lay out Britain’s conditions for a deal which include not allowing access to our fishing waters or being subject to EU laws.

Mr Farage said: “I am absolutely delighted with David Frost’s letter to Michel Barnier; it is exactly the right tone. But I have been let down by the Conservatives over Europe before so we shall see what happens.”