SINGAPORE – In a letter to Prime Minister Lee Hsien Loong on Wednesday (June 24), Emeritus Senior Minister Goh Chok Tong said he is retiring from politics after 44 years as a Member of Parliament.

Mr Goh, 79, said that he decided not to stand in the coming election “after much thought and with a heavy heart”.

This is ESM Goh’s letter in full, and PM Lee’s reply.

As Parliament has now been dissolved, I write to inform you that I have decided not to stand in the coming General Elections. Having served as a Member of Parliament for Marine Parade for over four decades, I make this decision after much thought and with a heavy heart.

Marine Parade is my second home. I love the people. The PAP Branch activists and the grassroots leaders are my steadfast comrades and firm friends. Many have urged me to stand for another term. But I should not. I would not have the same energy when I cross into my 80s.

Smooth and systematic leadership succession is the key to Singapore’s political stability. I decided to step down as PM in 2004 after the economy had recovered from Sars and when you were in place to take over as my successor. Similarly, I prefer to retire as Member of Parliament now whilst I am healthy and able to ease my successor’s transition into Marine Parade.

Dr Tan See Leng has been understudying me for nearly two years now. He helps me with my Meet-the-People Sessions, and with several social projects that I initiated in the constituency. He is now operationalising our Caregiver Support Network, an important new initiative for a mature estate like Marine Parade. He has also played an active role in EduGrow, our youth mentorship programme for students from lower-income families. See Leng connects well with residents, Branch members and grassroots leaders alike. He has held dialogues with residents and gone on house visits until Covid-19 put a stop to them. I recommend him to take over from me.

Competent and trusted leaders with the heart for public service are critical to protect and advance Singaporeans’ interests. We need more lion-hearted people to secure Singapore’s place in an increasingly turbulent world.

I strongly support your planned leadership succession at the national level. The 4G team led by Heng Swee Keat has been tested and strengthened in the crucible of Covid-19. We must look for more good men and women to join the team.

Likewise, we should start building up the core of the 5G team.

I hope you will accept my decision to step down as Member of Parliament.

It has been my greatest honour and privilege to have served the Party, residents of Marine Parade, Singapore and Singaporeans for the past 44 years.

I will continue to contribute to Singapore in other ways.

Best wishes for a successful General Election ahead.

Thank you for your letter of 24 June 2020. With sadness, I accept your decision to retire from politics at the forthcoming General Election.

Singapore is going through a difficult time because of Covid-19. But we have experienced crises before, including when you were Prime Minister, such as the Asian Financial Crisis of 1997-98, the September 2001 terrorist attacks, and the Severe Acute Respiratory Syndrome (Sars) outbreak in 2003. On those occasions, your calm and steady leadership gave Singaporeans comfort and courage. Those crises were painful experiences that left their mark on us, but they strengthened us too. This gives us confidence that this time with Covid-19, we will again emerge stronger.

Your contributions continued after you stepped down as PM. In Parliament, you weighed in during key debates, including on integrated resorts and ministerial salaries. You guided the younger MPs, providing them with historical perspective, and inculcating in them the values and ethic of public service. You also served as Chairman and remain Senior Adviser of the Monetary Authority of Singapore, guiding MAS to enhance the resilience of the banking system, strengthen links with international partners, promote innovation, and protect retail consumers.

Internationally, you built bridges for our people, opened doors for our businesses, and flew our flag high. When Myanmar opened up in 2011, your personal relationship with their leaders gave our companies an entry to seize the economic opportunities there. You initiated the Tianjin Eco-City and Guangzhou Knowledge City, creating new platforms for Singapore to collaborate with China. In India, without the trust and goodwill you built up over many years, I could not have signed the Comprehensive Economic Cooperation Agreement (Ceca) in 2005.

It is in Marine Parade that you have left the most personal imprint on the lives of individual Singaporeans. You were returned as the MP for Marine Parade eleven times, in ten general elections and one by-election over almost 45 years. When you were first elected in 1976, Marine Parade was newly reclaimed land – a large but blank canvas on which our hopes and dreams could be projected. Today, those dreams have become reality. Marine Parade has become a vibrant waterfront town filled with warmth, which people of all ages are proud to call home. The story of Marine Parade is the story of Singapore – out of nothing, we created something special. You made that happen.

In the process, you built lifelong friendships with your grassroots leaders, and an unbreakable bond with your residents. They know that you always have their welfare at heart. In the early days you proposed setting up Residents’ Committees (RCS) in Marine Parade to build communities in our neighbourhoods and precincts. The project succeeded, and today we have replicated that structure island-wide with more than 800 RCs and Neighbourhood Committees.

After leaving the Cabinet, you devoted even more time and energy to your constituency. Residents from other parts of the GRC would often meet you at Meet-the-People Sessions, as you joined your fellow MPs to help residents in their branches. You raised funds to start numerous social programmes, including the Marine Parade Leadership Foundation to train future community leaders, WeCare  @  MarineParade to help vulnerable residents, and EduGrow for kindergarten and primary school students from disadvantaged family backgrounds. These projects inspired national programmes like the Youth Corps Singapore, the SG Cares Community Network, and the UPLIFT programme which MOE is now rolling out across Singapore. You also founded the Mediacorp Enable Fund to help persons with disabilities fulfil their aspirations.

Grassroots leaders and residents in Marine Parade will miss you. But like me, they understand and respect your decision to retire, because they have seen you advocate and uphold the principle of leadership renewal all your life. As PAP Secretary-General, you were tireless in bringing in fresh blood to the party. In 2004 when you relinquished the Prime Ministership, and in 2011 when you left the Cabinet, you still had much more to give. But you decided that it was in the party’s interest, and especially in the national interest, to let someone younger take over.

I will always be personally indebted to you. You brought me into politics and have guided and mentored me all these years. It was my privilege to be your deputy throughout your premiership. After you retired from Cabinet, we continued with our regular lunches. I always looked forward to these opportunities to share my thoughts and concerns candidly with someone who fully understood what was at stake, and to hear your reactions and perspectives. Your advice, based on a lifetime of experience, helped me clarify my thoughts and avoid many unnecessary errors. Ours was a fruitful comradeship that spanned the entirety of my years in politics and most of yours – a close relationship between two prime ministers that would be the envy of many countries.

In the PAP Marine Parade Branch, I am glad the succession is well in hand, and Dr Tan See Leng will be taking over as Branch Chairman. I am also glad that you will maintain your links with Marine Parade, as Chairman Emeritus of the Marine Parade Branch and Adviser Emeritus to Marine Parade GROs. At the national level you have agreed to be appointed Senior Adviser to the People’s Association on a pro bono basis. I am happy that you will continue to chair the Governing Board of the Lee Kuan Yew School of Public Policy. This will enable you to continue to contribute the insights and experience you have accumulated all these years.

On behalf of all Singaporeans, I thank you for a lifetime of distinguished service. You have given your all and more in the service of your country and people. I wish you and Mrs Goh a long, healthy and happy retirement. 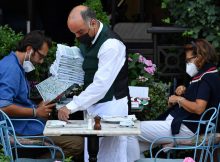 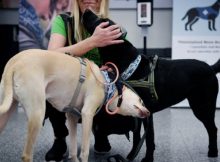 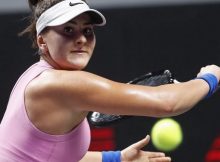 Bianca Andreescu takes 2020 season off, plans to focus on health
Recent Posts
Copyright © 2020 miamiheatnation.com.
This website uses cookies to improve your user experience and to provide you with advertisements that are relevant to your interests. By continuing to browse the site you are agreeing to our use of cookies.Ok