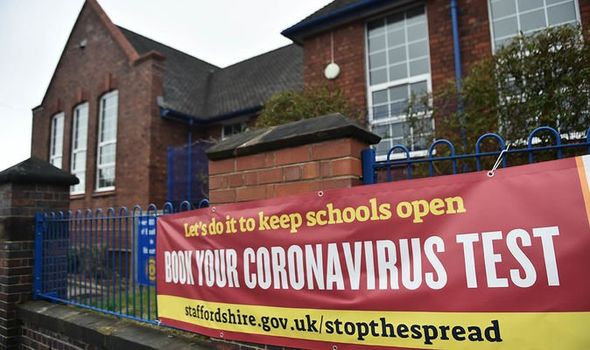 The massive leap towards relaxing lockdown was praised by Boris Johnson yesterday as an “extraordinary feat”. He said the jabs to date were enough to inoculate the four most at-risk groups – which is key to schools reopening next month.

Mr Hancock pledged: “We still have a long way to go and we will not rest until we have offered a vaccine to the entire adult population.”

Achieving the initial 15 million jabs target heaps pressure on the Prime Minister to accelerate the timetable for loosening restrictions.

Mr Johnson said that the Government’s focus now was on vaccinating the over-50s, and any remaining people deemed to be vulnerable, in the next few weeks.

That would mean 32 million would have been offered jabs by May – nearly half the population.

In a video message, he said: “We have reached a significant milestone in the United Kingdom’s national vaccination programme”, in a “truly national UK-wide effort.

“We’ve done it together. And I want to thank each and every person who has helped make it happen. You can be incredibly proud of the part you’ve played.

“Thanks also to everyone who has had a jab so far, giving protection, not just to yourself, but also to your fellow citizens and to the NHS.”

Writing exclusively in the Daily Express, Mr Hancock called the vaccination programme one of the “most ambitious operations in the modern history of the UK.

“This has been an enormous year of sacrifice, and we should take nothing for granted. But the hard work is paying off with every single jab that we give.” 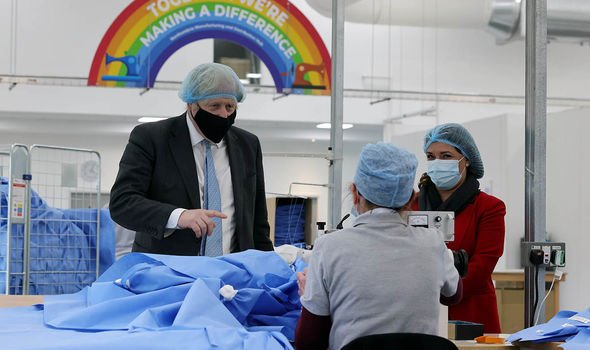 Carers will today be offered the chance to have their first-stage jab, alongside people with pertinent underlying health conditions and those aged 65 to 69.

The charity Carers UK said the invitation for an inoculation would give many unpaid helpers “a huge sense of relief”.

He added: “We’ve still got a long way to go, and there will undoubtedly be bumps in the road.

“After all we’ve achieved, I know we can go forward with great confidence.”

While the total of vaccinations soared, cases of coronavirus continued to fall.

Another 258 people died within 28 days of a positive Covid test, making the death toll by that measure 117,166.

The jabs priority list set out by the Joint Committee on Vaccination and Immunisation (JCVI) includes nine categories.

The highest priority went to care home residents and their carers, followed by people over the age of 80 and frontline health and social care staff. 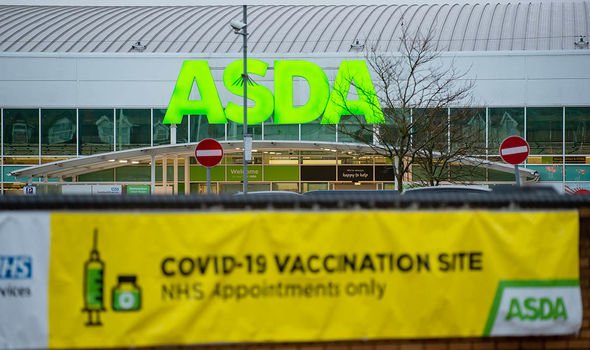 The third priority group was people aged 75 and over, while the fourth group was those over the age of 70 and others deemed to be clinically extremely vulnerable.

Sir Simon Stevens, NHS chief executive, said: “Hitting this [15 million] milestone just ten weeks after the NHS made history by delivering the first Covid vaccination outside of a clinical trial is a remarkable shared achievement.”

He added that the success so far of the mass vaccination programme was “down to the skill, care, and downright hard work of our fantastic staff, supported by local communities, volunteers and the Armed Forces.

“It’s right to mark this successful first phase with a huge thank you to everyone involved in this extraordinary team effort.”

Dr Nikki Kanani, the medical director at NHS England, said: “We are all blown away. It is genuinely an inspiring achievement.”

Chris Hopson, the chief executive of the NHS Providers organisation of health trusts, described beating the target of offering a vaccine to everyone in the four most vulnerable groups in England by February 15 as a “tremendous achievement”.

He said: “When Margaret Keenan became the first person in the world to receive the Pfizer-BioNTech vaccination outside a clinical trial on December 8, no one could have anticipated that within ten weeks, the UK would have made such huge strides in protecting the most vulnerable groups in the population.

“We owe much of this success to the role that trusts, working with colleagues in primary care and with have played in immunising so many people so efficiently.”

Nadhim Zahawi, the vaccine deployment minister, added that the Government would push on to ensure that every adult was offered a jab. 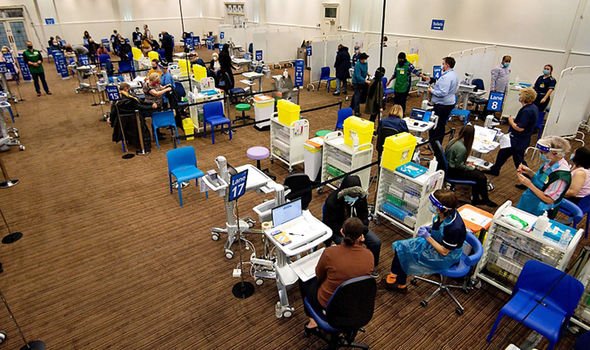 The 15 million target was set on January 4.

At that time Mr Johnson said it was expected that an initial dose would be offered to everyone in the four highest-priority groups, as identified by the JCVI, by the middle of February.

Mr Johnson said then: “If we succeed in vaccinating all those groups, we will have removed huge numbers of people from the path of the virus.”

He added: “And of course, that will eventually enable us to lift many of the restrictions we have endured for so long.” 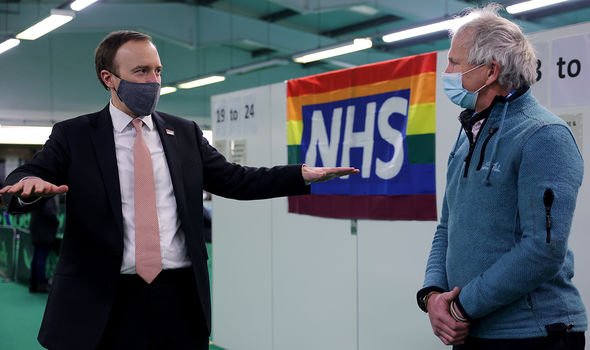 We have vaccinated people in front of cinema screens in Aylesbury, and inside an open-air museum in the West Midlands.

We’ve jabbed them on the set of the Bafta-winning Peaky Blinders, in the wings of Ashton Gate stadium, the home of Bristol City FC – and along the pews of Salisbury Cathedral while an organist played.

Each jab has brought us a step closer to normal life – and yesterday we passed the 15 million mark.

That is 15 million of the most vulnerable people in this country who have had their first dose.

Overall, more than a quarter of all adults have now started to receive much-needed protection from this dreadful disease.

This amazing achievement means that we have been able to offer a vaccination to all over-70s, all older care home residents, and our brilliant social care staff.

That means those who are most vulnerable have all been offered a jab and the take-up has been extraordinary.

High take-up matters so much, both to protect the most vulnerable and ensure we can put this pandemic behind us as safely as possible.

To get this operation right we have needed a cohesive approach – one that brings together a huge team, from Government, local authorities and pharmaceutical companies, labs, universities and the brilliant Vaccines Taskforce.

At the heart of it is our NHS.

Our country is in the fortunate position of being steeped in vaccination experience and from past inoculation programmes.

Through the NHS, we have built a strong immunisation culture.

Year after year we see high take-up of the annual flu jab and this year is the highest on record.

Our health service was able to hit the ground running with the programme, applying the full weight of this expertise, along with the logistical know-how of our Armed Forces and an army of citizen volunteers determined to do their bit.

Many are devoting themselves daily to this endeavour – the vast numbers of volunteer jabbers, the GPs, doctors and nurses, the delivery drivers, the workers at manufacturing plants and the admin staff.

For example, the AstraZeneca vaccines were created by Oxford University scientists, brewed in bioreactors in British plants in Oxford, Keele, and Staffordshire, then sent in part to a plant in Wrexham in Wales for a final “fill and finish”.

The hard work is paying off with every single jab that we give.