Sajid Javid has urged the British public to “play your part” and get a COVID booster vaccine – warning that the UK is “once again in a race between the vaccine and the virus”.

The heath secretary told Kay Burley that cases of Omicron are growing at a “phenomenal rate”, which is why the government is expanding the booster programme “to a level never seen before in this country”. Mr Javid said the plan is for jab centres to be open for at least 12 hours on every day of the Christmas holidays, apart from Christmas Day itself.

“We have got to act early,” the health secretary added, telling Sky News that ministers are “throwing everything” at the booster rollout, which is “more important than ever”.

Mr Javid later told Kay Burley that there are currently 10 people in hospital with Omicron.

“At this point in time, I cannot confirm a death,” he added.

How to get your booster jab 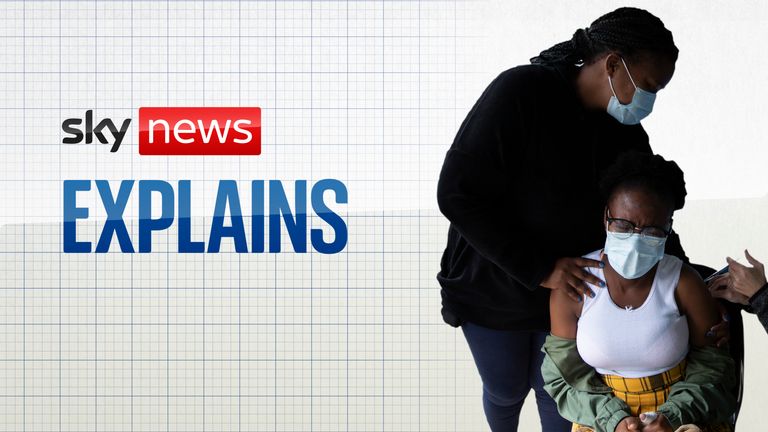 His comments came a day after Prime Minister Boris Johnson announced that everyone aged 18 and over in England will have the chance to get their booster vaccine before the end of the year.

Mr Johnson said every adult who had their second vaccine at least three months before will now be able to book a booster jab from Wednesday.

The NHS website was repeatedly crashing on Monday morning. 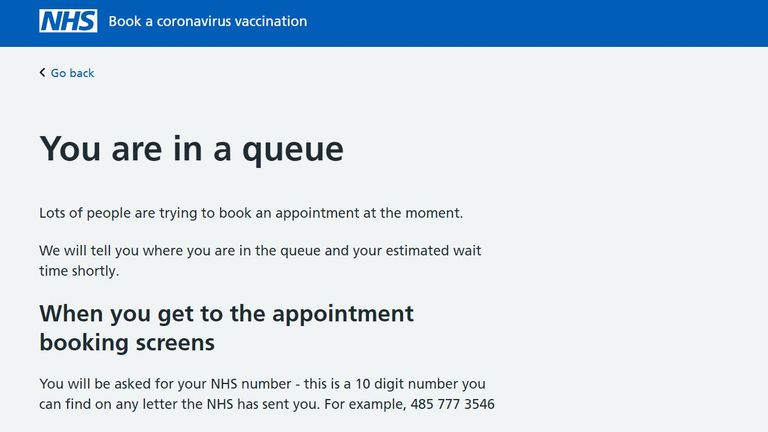 Some walk-in centres will be open from today for all adults, on the same day that work-from-home guidance is reintroduced in England as part of the government’s Plan B measures.

Mr Javid said vaccination remained the best protection, however, as scientists now know that “two doses are not enough” to protect people from the new variant.

“Over the Christmas holiday period… I don’t think they are going to open on Christmas Day at this point. The current planning is to open them every other day.” Mr Javid continued: “We are throwing everything at it. And can I just please say this to your viewers – please play your part, this could not be more important. We need to win this race against the growth of this virus.”

Asked how many people are currently in hospital with the new Omicron variant, the health secretary said: “In England, there are about 10 people that are confirmed in England with Omicron.”

He did not know how many are on ventilators.

Mr Javid later told LBC he could not guarantee schools would not close again due to the pandemic.

“But what we do know that works is, in this case, a booster shot of the vaccine.”

The PM addressed the nation on Sunday after the UK’s alert level was raised from three to four.

Mr Johnson said getting all adults boosted by 1 January will require “an extraordinary effort” as he acknowledged “some other appointments will need to be postponed until the new year”.

The announcement was pre-recorded with no opportunity for questions, meaning the PM could not be asked about suggestions he broke COVID rules last December by attending a virtual Downing Street staff Christmas quiz.

Mr Javid told Sky News it will be up to Cabinet Secretary Simon Case to decide whether to investigate, as part of his inquiry into other alleged parties and events.