Aucklanders are waking up to more freedom today but the source of the latest outbreak, which now involves six confirmed community cases, remains unknown.

And Prime Minister Jacinda Ardern is warning that although the outbreak is contained, there is “every chance” more community cases will be found.

But both she, and Director-General of Health Ashley Bloomfield, are confident the Auckland outbreak has been “contained”.

The move out of alert level 3 – which occurred at midnight last night – will come as welcome news to frustrated parents, as level 2 means schools and daycares reopen.

It’s also good news for businesses, as many are eligible for the Government’s new business subsidy scheme.

Health experts responded to the Government’s move with optimism – but one argues it’s still not cautious enough.

“We still don’t have any clear idea how the pandemic virus got through the border and many test results are outstanding,” prominent epidemiologist Professor Nick Wilson said.

And, Epidemiologist Professor Michael Baker said he’d be much more comfortable with the change if it had come with a more sophisticated approach to managing Covid-19 containment, including additional alert levels like 2.5 and 1.5.

He said those additional levels would help make things like mask use requirements clearer, better describe limits on indoor gatherings and manage movements outside of areas where there is a high risk of transmission, like in Auckland at the moment.

Speaking to media after a 90 minute meeting with her cabinet, Ardern revealed Auckland would be moved into level 2 at midnight last night while the rest of the country went to level 1.

The city will stay at this alert level until Monday when cabinet will make the call as to whether Auckland can move back down to level 1.

Although pleased to be able to move New Zealand’s biggest city out of lockdown, Ardern was clearly not wanting to appear complacent.

“I will never be comfortable with Covid-19,” she said.

“There is an indescribable anxiety which comes with the daily grind of managing a pandemic and I think we all feel it. But you do learn things – you undoubtedly learn things.”

She also defended the three day lockdown against those who said it was a “false alarm”.

“I think everyone would agree it was much better to have a 72 hour [lockdown], than make the wrong call and have 72 hours of a community outbreak.”

But New Zealand is not completely out of the woods yet.

“There is every chance we will find further cases,” Ardern said.

Any of those cases, however, are expected to be linked to the current community group.

One is a student who went to school with case A – the Papatoetoe student revealed on Sunday as one of the three initial community cases.

The other two were family members of the newly infected student.

Bloomfield said it was encouraging that all of the cases have clear epidemiological links.
Ardern said she wanted to stress that this was “good news”.

“What this tells us is we don’t have a widespread outbreak, but a small chain of transmission which is manageable by our normal contact tracing and testing procedures.”

In the meantime, health officials will continue their mass testing campaign.

Ardern said there have been close to 23,000 tests taken since the first new community cases were discovered.

It has also been revealed that one of the new community cases works at a South Auckland McDonalds.

Bloomfield said he was still in the process of confirming the exact details of the situation but a spokesperson for McDonald’s said the Cavendish Drive restaurant has been closed for an “immediate deep clean.”

Yesterday’s new cases mean there are a total of six Covid-19 positive community cases in New Zealand – all in isolation.

Although the vast majority of Auckland students can go back to school, Papatoetoe High School will remain closed until Monday.

When it does reopen, only students who have had a negative test result will be allowed back.

For the rest of the country, level 1 means life returns to normal. However face coverings are still required on public transport, regardless of alert level.

And there is a silver lining for Auckland businesses too – eligible firms will be able to claim the new business subsidy payment.

Any business which had experienced a 30 per cent drop in revenue because of the alert level increases is in line for a cash payment from the Government. 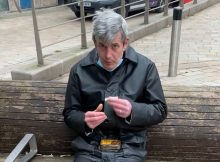 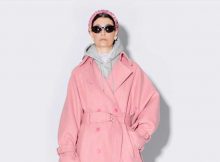 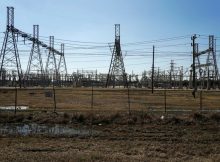