A “Tarzan-like mentality” is behind the government’s push to scrap online voting for MPs, one senior Conservative has told Sky News.

Leader of the House of Commons Jacob Rees-Mogg on Tuesday introduced plans for MPs to no longer be able to vote remotely, as they did last month.

Instead, in order to take part in votes, the government is demanding MPs now be physically present in parliament, albeit votes will take place in a way consistent with social distancing guidelines.

The Commons began voting on the issue on Tuesday afternoon, in scenes that saw a long line of MPs snake through the parliamentary estate.

Sky News’ chief political correspondent Jon Craig even directed Chancellor Rishi Sunak to where he was supposed to be queuing to vote in order to maintain social distancing rules.

Mr Rees-Mogg pushed ahead with the plans despite protests from MPs who are shielding during the coronavirus crisis.

However, he did announce a partial climbdown by announcing a fresh government motion, to be tabled on Wednesday, which would allow MPs unable to attend on medical grounds to take part in certain Commons proceedings.

The government had previously intended to end the “hybrid” system that allowed MPs to join debates remotely via the Zoom video conferencing platform.

This had led to concerns from the Equalities and Human Rights Commission. 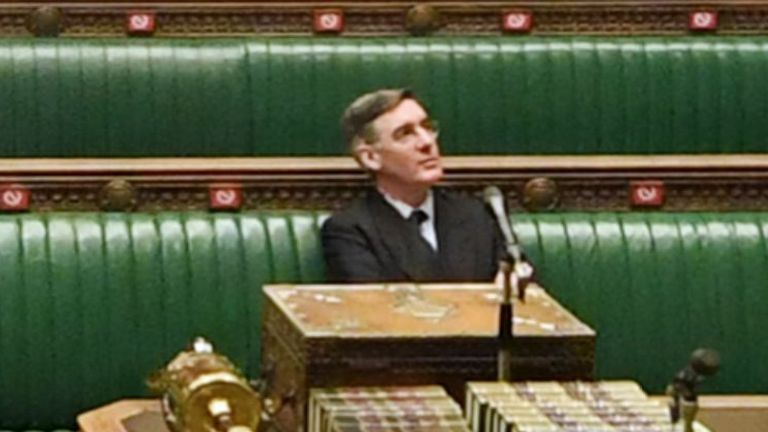 Senior Conservative Robert Halfon, who is among those MPs shielding themselves due to COVID-19, expressed his anger at the government’s plan to end remote voting.

Mr Rees-Mogg has said MPs such as Mr Halfon will be able to make use of the informal “pairing” system during Commons votes.

But Mr Halfon called for the government to allow shielding MPs to be granted proxy votes, as are allowed for MPs on maternity leave.

“It is wrong and morally unjust to then say to those MPs: ‘You are disenfranchised, we are going to snip away at your parliamentary rights and turn you into parliamentary eunuchs.’,” he told Sky News.

“It is a President [Jair] Bolsanaro attitude that COVID-19 is the sniffles and, if you can’t come in, ‘tough luck, we don’t care, you can’t do your duty and vote’.” 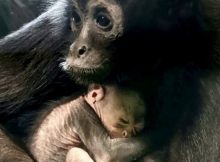