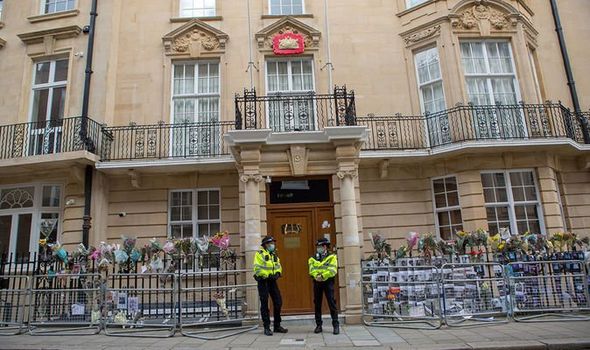 The Foreign Office is understood to be considering the request. But campaigners and civil rights groups have urged the Prime Minister to step in and refuse it immediately. The Daily Express understands that the Generals’ man for the role, Htun Aung Kyaw, graduated from the country’s most notorious military academy, the same as coup leader and Commander in Chief, Min Aung Hlaing.

He also served as a fighter pilot in the 1990s when, according to human rights groups, the Burmese army and air force carried out aerial attacks on ethnic nationality villages killing many civilians, which may constitute war crimes.

The UK has played a diplomatic tightrope with the Burmese Generals following February’s Coup which led to the arrest of the then de-facto leader Aung San Suu Kyi.

The government also wants a new Ambassador of its own in place in Burma following the departure of Dan Chugg.

Chris Gunness, of The Myanmar Accountability Project, said: “Boris Johnson along with other G7 leaders have condemned the coup.

“The UK and all major allies have imposed sanctions on the coup leaders and their commercial interests.

“It is gross double standard and a moral outrage that the British Foreign Secretary, Dominic Raab, should oversee the accreditation as Ambassador of a man who does not represent the legitimate state authority of Myanmar and who served in an army that stands accused of war crimes and crimes against humanity.”

“We demand that Dominic Raab stop in its tracks the accreditation of Htun Aung Kyaw. It beggars belief that he is allowing into the UK an ambassador representing a murderous dictator that a UN Fact Finding Mission recommended in 2018 should be prosecuted for genocide, crimes against humanity and war crimes, along with his top commanders.

“Htun Aung Kyaw should be kept out of the country, let alone be recognised as an ambassador in London. And if he turns up in the UK he should be detained and investigated.”

Mark Farmaner, Director of Burma Campaign UK, said: “Dominic Raab seems to be breaking ranks with allies by accepting that the illegitimate military regime has the right to nominate ambassadors on behalf of Burma. Min Aung Hlaing craves legitimacy for his dictatorship and Raab should not be giving it to him.”

But Asia Minister Nigel Adams said: “We do not discuss the details of accreditation requests in specific cases.”

A government source said: “Under the Vienna Convention on Diplomatic Relations, Myanmar must seek agreement for the appointment of an Ambassador or of a Defence Attaché.

“The permission of the host country is not required for the appointment of other staff. We do not discuss the details of accreditation requests in specific cases.”

Burma’s previous UK Ambassador, Kyaw Zwar Minn, was ousted earlier this year after he spoke out against the Junta.

February’s violent Coup has sent the country spiralling into turmoil.

Deaths continue to rise and thousands of civilians, politicians, activists and journalists have been jailed.

The country is also being crippled by Covid with mass shortages of oxygen. 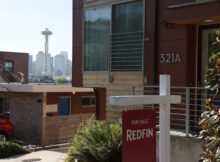