Arlene Foster has urged Boris Johnson to take “action” to change the Northern Ireland protocol, saying it is doing “real damage” to the union of the United Kingdom.

The protocol, which has been heavily criticised by unionists in Northern Ireland, was signed as part of the UK-EU Brexit deal.

It places Northern Ireland in the EU customs area to preserve an open border on the island of Ireland and protect the EU’s single market. 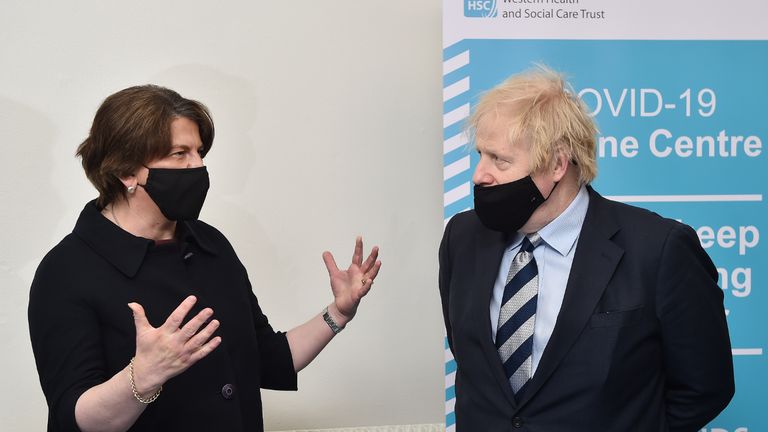 But speaking outside Downing Street ahead of her last meeting with Boris Johnson as first minister, Arlene Foster suggested the arrangement was fuelling tensions in Northern Ireland and “narrowing the common ground”.

She praised Boris Johnson and his Brexit Minister Lord Frost, but said the time had come for them to do more than issue statements.

“This is doing real damage to Northern Ireland in terms of our trade but also in terms of the union, so the prime minister needs to act, and I hope that Lord Frost will bring forward proposals very, very soon.”

Asked whether that meant invoking article 16 of the protocol, which allows either party to unilaterally suspend parts of the agreement, Ms Foster did not rule out that possibility.

“We have said all along that when the European Commission tried to invoke article 16 at the end of January the Europeans were quite happy to do it in terms of vaccines. 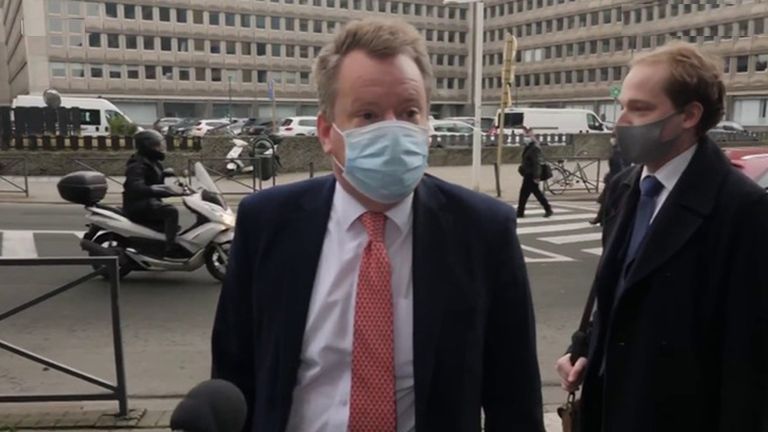 “Every day the protocol is in place does more damage to Northern Ireland, in terms of our trading relationship with our largest partners in Great Britain, and of course it does damage to the union as well.

“My real concern as I move to leave office is actually it’s narrowing the common ground in Northern Ireland – and that’s a real concern.”

Last month Arlene Foster announced her resignation as DUP leader and First Minister, following growing criticism within her party about her handling of the protocol.

Asked whether she had any regrets over backing Boris Johnson’s leadership of the Conservative party and Brexit, she said: “You have to separate Brexit and the protocol – the protocol is doing the damage to Northern Ireland.

“I believed in Brexit because I believed we needed to leave the EU and all the stringent rules that were there to allow us to be more flexible and have a place in the world.

“But if the UK is to have a new place in the world, Northern Ireland must be part of that – and at present, because of the protocol we are not.”