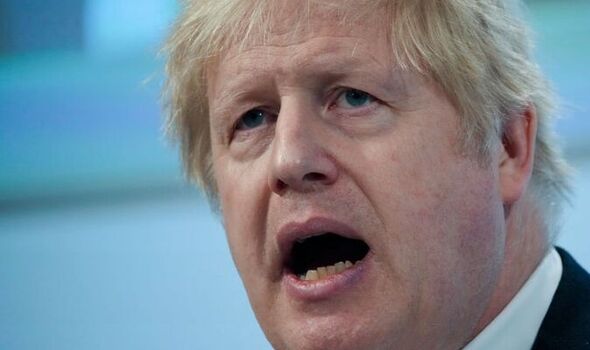 He vowed to “open up the Matryoshka dolls” of strategic Russian-owned companies and make it impossible for them to raise finance in London.

Targets will include state-owned energy giant Gazprom, which is listed on the stock exchange and has raised billions in the Square Mile, as well as oligarchs with links to Putin’s regime.

Addressing a security conference in Munich, the PM said: “If Russia invades its neighbour, we will sanction Russian individuals and companies of strategic importance to the Russian state, and we will make it impossible for them to raise finance on the London markets.

“We will open up the Matryoshka dolls of Russian-owned companies, and entities to find the ultimate beneficiaries within.”

Critics had feared a repetition of the softer sanctions imposed by Theresa May following the 2018 Salisbury attacks which, experts warned, would not deter Putin.

Steps have already been taken to reverse decades of “blind eye” policies which led to London being dubbed the “Russian laundromat”.

These include the Magnitsky Act, which allows individuals to be sanctioned, and last week’s move to axe Tier 1 visas, which allowed fast track accession to UK bank accounts for any foreigner with more than £2million .

Foreign Secretary Liz Trushas also confirmed that luxury properties would not be excluded from sanctions, which would also include travel bans for pro-Putin Russian elites.

Two weeks ago the Sunday Express revealed how Moscow’s oligarchs have ploughed more than £450billion into the City since 1994.