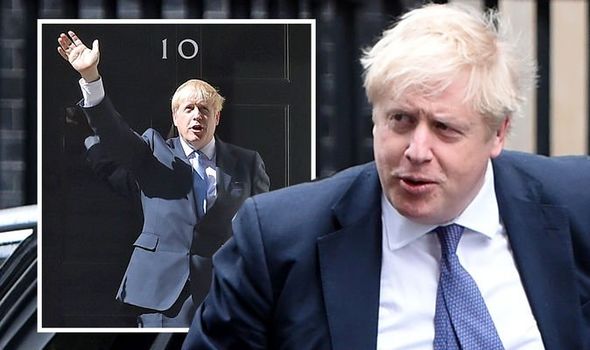 After almost losing his life to coronavirus, the Prime Minister has told friends he is “raring to go” following two weeks of convalescing at his Chequers country residence.

The news comes as the UK death toll passed a “tragic and terrible” milestone with 813 new deaths confirmed yesterday, taking the total to 20,319.

Experts had said that keeping deaths to 20,000 or fewer would be considered a good result.

This follows evidence that the number of infections and hospital cases continues to fall, and that the peak of deaths passed on April 8.

The Government has warned that people still need to continue with the lockdown measures amid evidence that some are beginning to lose patience.

The Sunday Express understands that details about the planned easing of the lockdown could come as soon as next weekend. 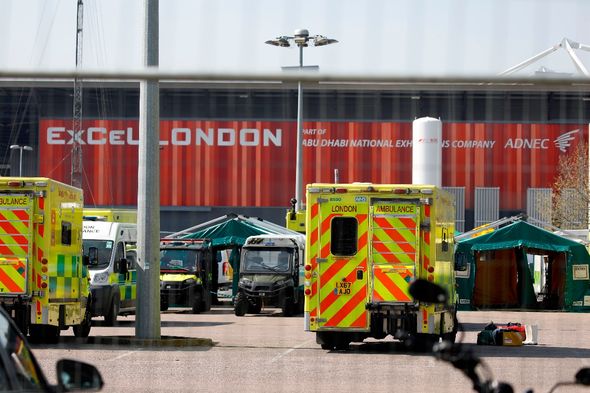 Mr Johnson, back in charge, is now able to make the crucial decisions and chair meetings that will discuss the next stage of tackling the virus.

A poll by Opinium now shows there is strong support among the public for a staggered end to the lockdown measures.

The survey shows that 57 percent want shopping centres to open once cases start to drop, while 55 percent support the same move for offices, certain shops and restaurants.

Downing Street sources have revealed the Prime Minister told friends he is “raring to go” after being given the green light by doctors, who had been closely monitoring his progress after he was released from St Thomas’ Hospital, London, on April 13. 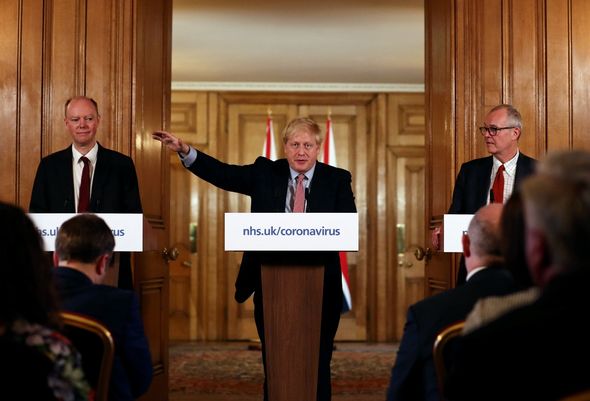 He broke the news to close aides on Friday during a three hour Covid-19 strategy summit at Chequers, where the PM has been recovering.

At the meeting, Mr Johnson was updated on the progress being made in the UK’s fight against coronavirus and was given a detailed briefing on the policy work carried out so far on the next phase of our fight against the disease.

Cabinet Secretary Mark Sedwill and other key Number 10 staff joined via video conference, while chief scientific adviser Sir Patrick Vallance was also on the call. The summit marked “a tightening of grip” from the PM, who held a series of calls and video conference meetings with key figures throughout the week. 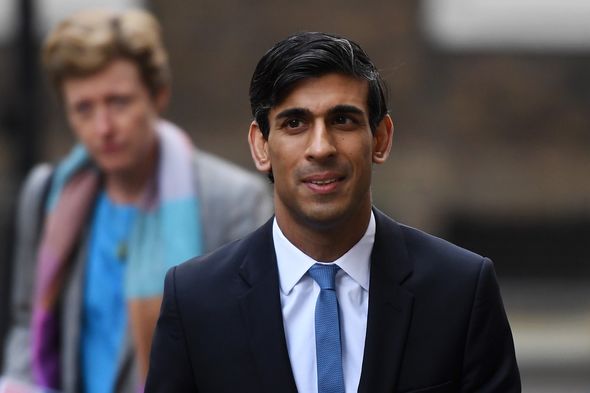 Communities Secretary Robert Jenrick said that the PM’s illness had brought home the dangers of the virus to those battling to get the country through the crisis.

He said: “It did bring it home to me. Obviously, the Prime Minister is my boss and I consider him a friend, so it did have an impact on me when he became unwell. For a few days we didn’t know how serious that would be.

“I think across the country the virus has now touched most people’s lives. It’s an experience. You have to go back to the Second World War to have a national experience like this, where everybody is impacted. We all know somebody who has been unwell.”

He said: “The reality is that we have to start reopening the economy. But we have to do it living with Covid. 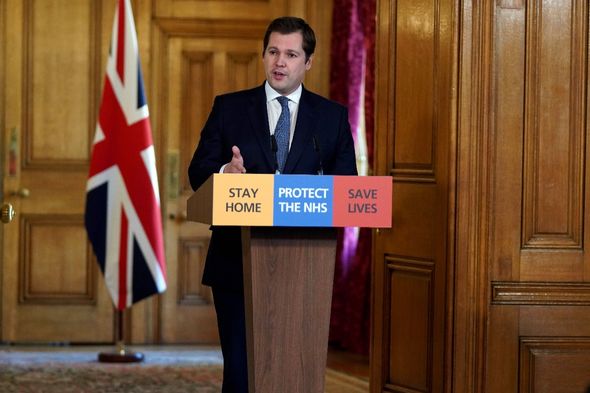 Mr Johnson also hosted a video call with Mr Raab and the Downing Street team at 3pm each day, where he was briefed on the latest plans. He also held lengthy discussions with chief medical officer Chris Whitty and Sir Patrick.

A Number 10 insider said: “The PM has been doing all the right things and following his doctor’s advice to come back to work, and he is raring to go. He has told the team he will be back at his desk on Monday morning – it’s given everyone a huge lift.”

It is understood he will immerse himself in briefings with his team and set out his priorities for the week ahead.

Mr Johnson will invite the Cabinet members to provide him with one-to-one updates, and will grill them on their department’s progress to tackle the virus.

“We can’t wait until a vaccine is developed, produced in sufficient quantity and rolled out across the population.The economy won’t survive that long.”

At the daily Downing Street briefing, Home secretary Priti Patel acknowledged the sense of public frustration after five weeks of staying at home, but said it was still too soon to begin easing up the rules.

She said: “We know that people are frustrated, but we are not out of danger yet.”