Prime Minister Boris Johnson has admitted to intensive care with coronavirus symptoms a spokesperson for Downing Street revealed on Monday night. Since Sunday evening, the Prime Minister has been under the care of doctors at St Thomas’ Hospital, in London, after being admitted with persistent symptoms of coronavirus.

Earlier on Monday, Mr Johnson’s spokesman urged caution about media reports that the PM was receiving oxygen treatment but refused to answer directly whether he had pneumonia.

Mr Johnson, the government said, was still in charge.

Mr Johnson had said on Twitter: “On the advice of my doctor, I went into hospital for some routine tests as I’m still experiencing coronavirus symptoms.

“I’m in good spirits and keeping in touch with my team, as we work together to fight this virus and keep everyone safe.” 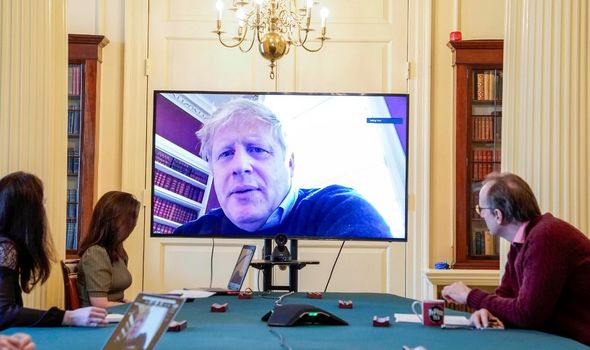 How ill is Boris Johnson?

A spokesperson for No10 said: “Over the course of this afternoon, the condition of the Prime Minister has worsened and, on the advice of his medical team, he has been moved to the Intensive Care Unit at the hospital.

“The PM has asked Foreign Secretary Dominic Raab, who is the First Secretary of State, to deputise for him where necessary. 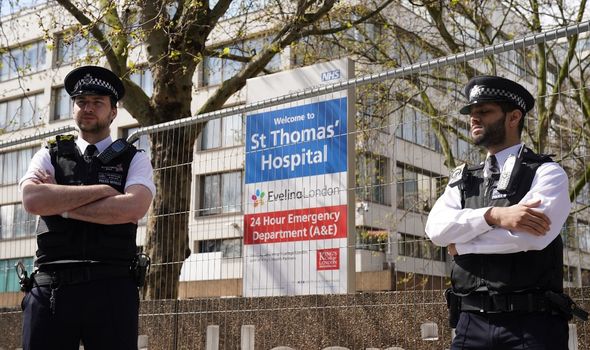 The Conservative Party leader is understood to be conscious and has been moved to the ICU at about 7pm as a precaution should he require ventilation to aid his recovery.

At a press conference less than two hours before the decision was made, Mr Raab told a press briefing that the PM remained in charge of the Government despite remaining under observation.

At the daily Downing Street press conference on Monday Foreign Secretary Dominic Raab said Mr Johnson, 55, had spent a comfortable night in the hospital and remained there under observation.

Doctors said a person of Mr Johnson’s age with COVID-19 symptoms after 10 days was likely to be assessed for their oxygen levels, lung, liver and kidney functions, and undergo an electrocardiogram heart check.

Asked at a news conference whether Mr Johnson had, or was at risk of catching, pneumonia, England’s Chief Medical Officer Chris Whitty said he would not discuss an individual patient.

But he added that a “clear majority” of people who go to hospital with the coronavirus end up in a general, rather than intensive care, bed.

Mr Johnson’s peers have been sending their wishes to the Prime Minister.

Scotland First Minister Nicola Sturgeon tweeted: “My thoughts are with the PM and his family – sending him every good wish.”

Chancellor Rishi Sunak tweeted: “My thoughts tonight are with @BorisJohnson and @carriesymonds. I know he’ll be getting the best care possible and will come out of this even stronger.”

“I have known Boris for 20 years he is a fighter and will beat this virus.”

Labour leader Sir Keir Starmer tweeted: “Terribly sad news. All the country’s thoughts are with the Prime Minister and his family during this incredibly difficult time.”

And Brexit Party leader Nigel Farage posted on Twitter: “I hope and pray for @BorisJohnson to come through this ordeal quickly.”