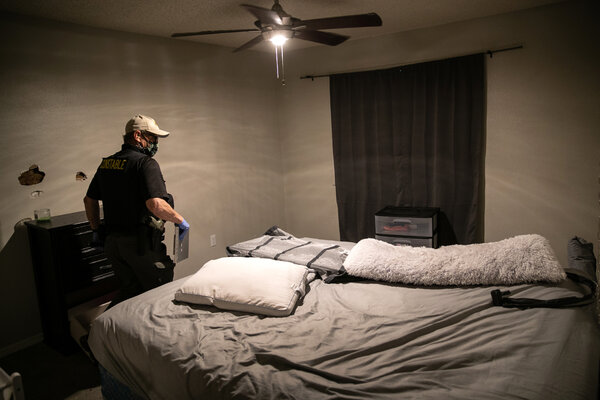 President Biden is pushing Congress for a second consecutive one-month extension of a moratorium on residential evictions, as the White House struggles to stand up a $47 billion rental relief program plagued by delays, confusion and red tape.

White House officials, under pressure from tenants’ rights groups, agreed to a one-month extension of the ban, which was issued by the Centers for Disease Control and Prevention, just before June 30, its previous expiration date. The freeze is now set to expire on Saturday.

Last month, the Supreme Court rejected a challenge by landlords, saying the moratorium could be extended to July 31 to give the Treasury Department and the states time to disburse cash to landlords to cover back rent that tenants did not pay during the pandemic. But Justice Brett M. Kavanaugh wrote in concurring with the majority decision that any future extension of the moratorium would require Congressional action.

On Thursday, Jen Psaki, the White House press secretary, cited the steep rise in coronavirus infections around the country and called on Congress to extend the freeze one more month to avoid a health and eviction crisis.

“Given the recent spread of the Delta variant, including among those Americans both most likely to face evictions and lacking vaccinations, President Biden would have strongly supported a decision by the C.D.C. to further extend this eviction moratorium,” she said in a statement. “Unfortunately, the Supreme Court has made clear that this option is no longer available.”