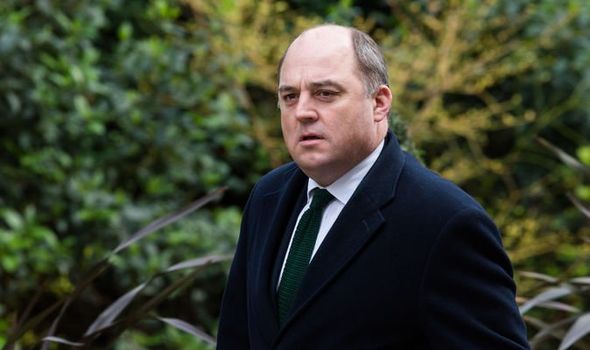 The Cabinet Minister confirmed he had shut himself away after coming down with symptoms for the disease. He has now since recovered. Mr Wallace did not have an official test but took the decision to stay away from others for seven days based on NHS and government advice. “I felt symptoms last Tuesday and followed NHS guidelines by self isolating in my London flat,” he said.

“I continued to work throughout the week. And am recovered now.”

The 49-year-old is the latest in a string of Government ministers forced to isolate themselves with either a confirmed case or mirroring symptoms. 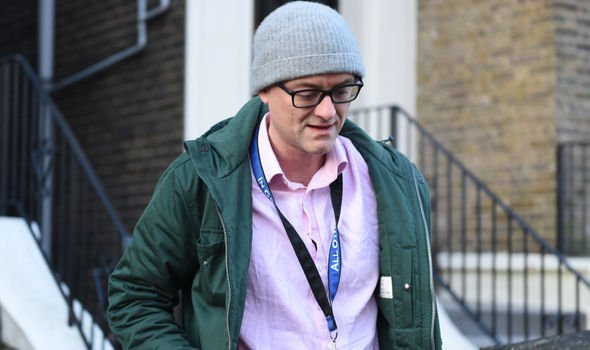 Scotland Secretary Alister Jack, who sat between Conservative Party leader Mr Johnson and Mr Hancock at Prime Minister’s Questions last Wednesday, confirmed at the weekend that he had a cough and a temperature – typical coronavirus symptoms – and would remain at home.

Mr Johnson is nearing the end of his seven-day isolation period and is said to be “full of vigour” despite the illness.

He has continued leading the Cabinet from his quarantine in Downing Street after testing positive for the virus last week.

Mr Johnson, who is reported to have had mild symptoms of the infection, has been chairing the daily morning tele-conference meetings of ministers and officials held to direct the Government’s response to the health emergency.

All Cabinet ministers have been instructed to work from home where possible in line with the Government’s coronavirus advice.

Mr Johnson’s partner Carrie Symonds, who is six months pregnant, left Downing Street about 11 days ago because of concerns about the possibility of infection and is currently reported to be self isolating at her south London home.