Ms. Nguyen, the daughter of Vietnamese refugees, is the first major Democrat to announce a bid for the seat held by Brad Raffensperger, the Republican who defied former President Donald Trump. 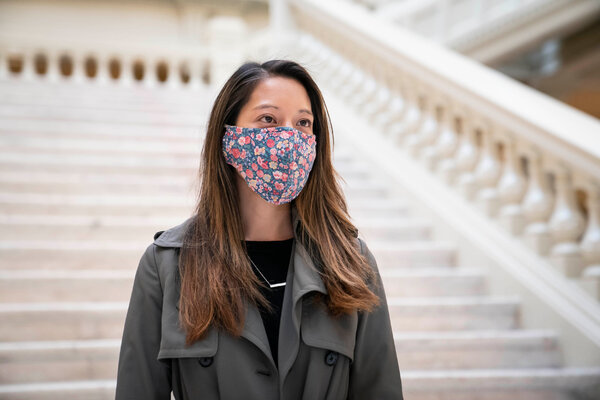 ATLANTA — Next year’s secretary of state election in Georgia was already shaping up to be a tense and dramatic fight: the incumbent, Brad Raffensperger — who enraged former President Donald J. Trump for refusing to overturn the state’s election results — is facing a primary challenge from a Trump-endorsed fellow Republican, Representative Jody Hice.

On Tuesday morning, the race got even more interesting with the entry of the first major Democratic candidate, State Representative Bee Nguyen, the daughter of Vietnamese refugees who has helped lead the fight against Republican-backed bills that restrict voting rights in the state.

“Republicans have done everything in their power to silence the voices of voters who chose an America that works for all of us, and not just some of us,” she said in her announcement video. “But we will not allow anyone to stand in the way of our right to a free and fair democracy.”

In an interview this week, Ms. Nguyen, 39, said that Mr. Raffensperger deserved credit for standing up to Mr. Trump and rejecting his false claims of voter fraud after the November election. But she also noted that since then, Mr. Raffensperger had largely supported the voting rights law passed by the Legislature in March and continued to consider himself a Trump supporter after the former president promulgated his falsehoods about the Georgia election.

“I’ve been at the forefront of battling against voter suppression laws in Georgia,” Ms. Nguyen said. “Watching everything unfold in 2020 with the erosion of our Democracy, I recognized how critically important it was to defend our right to vote.”

She added, “I believe Georgians deserve better, and can do better.”

Mr. Trump lost Georgia by around 12,000 votes. After the election, he made personal entreaties to both Mr. Raffensperger and Gov. Brian Kemp, asking the two Republicans to intervene and help overturn the results. When they declined, Mr. Trump vowed revenge.