Following the discovery of a new variant of COVID-19 in the south of England, many European countries have taken the decision to place restrictions on the UK in order to stop the spread across the continent. However, during an interview with French MEP Pierre-Henri Dumont on the BBC’s Today Programme, Mr Robinson bemoaned France’s decision to place a 48-hour ban on British cargo.

The BBC host asked: “There is going to be major disruption at Dover, do you fear you will get the same at your end?”

The French MP replied: “For the last few weeks, we have had huge queues of lorry drivers on the highway because the UK is having more and more goods that they want to enter before Brexit.

“So, there will be no change in the France to UK way, but it is not possible for UK goods to come from the UK to France.”

Mr Robinson said: “You will know that it will not be long before it disrupts transport in the other direction. 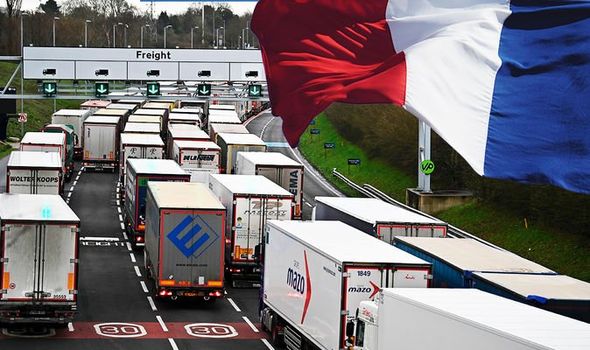 “Transport is often a two-way business, the carry goods on the way and they fill up with other goods coming the other way.

“Is it worth this disruption and damage to northern France? After all the Dutch have taken the decision not to ban lorry traffic.”

Mr Dumont responded: “I think we need to have our priorities, my priority is to ensure the health of the people working at the French exit of the shuttle is safe.”

He added: “This 48-hour ban is something we implemented to make sure we find a common European response to this new strain so that we can find ways to fight it.”