The fourth round of virtual negotiations ended in bitter deadlock on Friday with EU chief negotiator Michel Barnier accusing the Prime Minister of “backtracking” on his own pledges. UK chief negotiator David Frost said “positive” negotiations would continue but admitted: “Progress remains limited”. Mr Johnson is expected to hold a video call with EU President Ursual von der Leyen, European Council president Charles Michel and the president of the European Parliament, David-Maria Sassoli in around a fortnight.

The UK previously threatened to walk away from talks at the end of June if there wasn’t enough progress.

Ending talks would mean that when the transition period – which continues all EU laws – finishes on December 31 there will be no replacement trade deal in place.

But both sides yesterday said they could continue through the summer if needed.

A senior UK negotiating official said the negotiations would carry on into July but warned they could not continue indefinitely.

“We are not up for a long negotiation over the next months well into the autumn where nobody knows what is going to happen. October is too late for us to conclude this,” the official said.

“We need to work intensively now and into July to see if we can find the high-level trade-offs that unlock a deal within all our important negotiating parameters.” 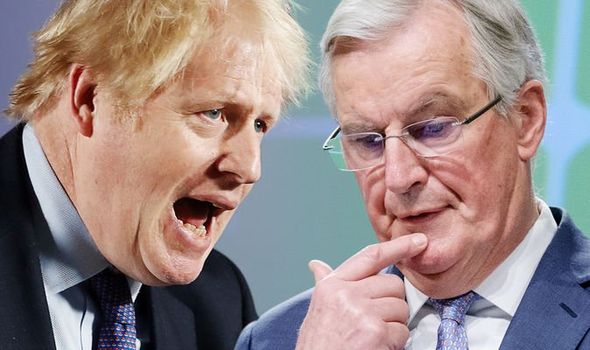 But Mr Barnier blasted the UK’s approach, claiming it was rowing back on promises in the Political Declaration – a key document agreed between both sides last year.

He said talks could technically continue as late as October 31 and he hoped for “some common ground” by autumn.

But he also warned: “We are moving towards the moment of truth”.

Mr Barnier said there were “serious areas of blockage” including fishing, police and security co-operation and a so-called “level playing field” on trade rules.

He said: “My responsibility is to speak the truth. 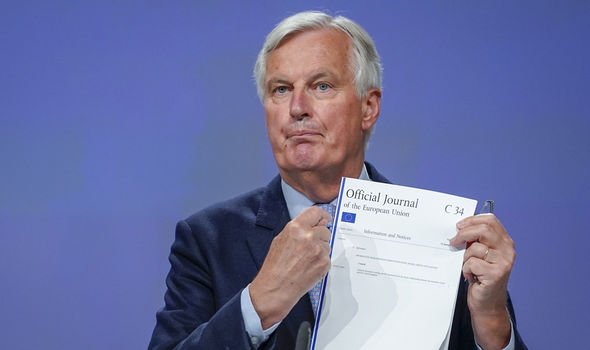 “And to tell the truth this week there have been no significant areas of progress”.

He claimed the UK’s insistence on its own fishing rules, which would bar EU fishermen from fishing freely in UK waters in favour of an annual quota system, was “not even technically possible”.

In a statement, Mr Frost said: “Progress remains limited but our talks have been positive in tone. Negotiations will continue and we remain committed to a successful outcome.

“We are now at an important moment for these talks. We are close to reaching the limits of what we can achieve through the format of remote formal rounds.

“If we are to make progress, it is clear that we must intensify and accelerate our work. We are discussing with the commission how this can best be done.

“For our part we are willing to work hard to see whether at least the outline of a balanced agreement, covering all issues, can be reached soon.”

The senior UK negotiating official suggested Britain could accept tariffs on a “small number” of goods – such as some agricultural products – if the EU dropped its demands for a “level playing field”.

“We floated that. It fell slightly on stony ground at the moment but it is still in there in the discussions,” the official said.

“Obviously we would rather not go there but if it is what helps make progress, then we are willing to talk about that.

“We will have to see if we get into those discussions and then see where it settles. We are not at that point yet.”